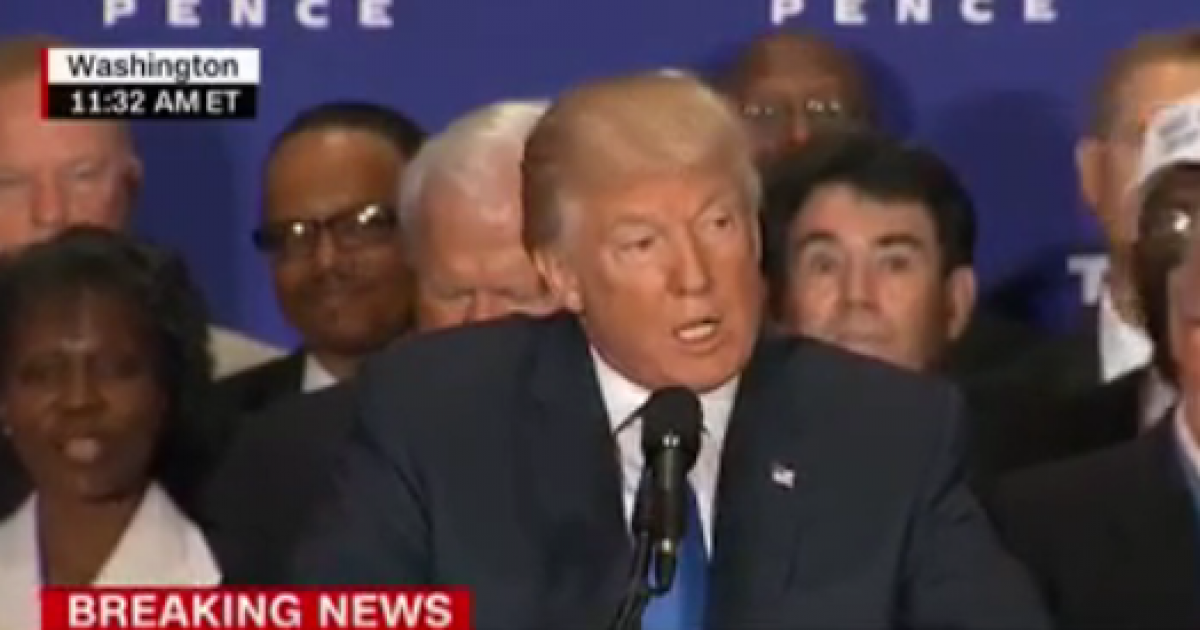 Donald Trump finally addressed the issue of President Obama’s birthplace at a campaign event in Washington D.C. on Friday.

“Hillary Clinton and her campaign, in 2008, started the birther controversy. I finished it. I finished it, you know what I mean,” he said. “President Barack Obama was born in the United States. Period. Now we all want to get back to making America strong and great again. Thank you.”

A strong statement by Trump to Clinton and those in the media to stop focusing on this ridiculous sham of a controversy and back on to the election at hand.

The short, in-your-face statement drove CNN correspondents absolutely insane, and seemed only to intesify their disdain for the Republican candidate.

Mark Lamont Hill about lost his mind complaining how short Trump’s declaration was and called the statement “repugnant.”

“No matter what, it doesn’t matter!” Kate Bolduan said. “Donald Trump from 2011, he made this his signature issue. No one has gone as far as Donald Trump on the birther issue. Donald Trump needs to answer to Donald Trump.”

John Berman seethed as he explained that it was those associated with Hillary Clinton that pushed the birther issue in 2008 and not Clinton herself as if that mattered.

But John King summed it up best when he said “we got played.”

Perhaps this guy said it second best besides Trump: