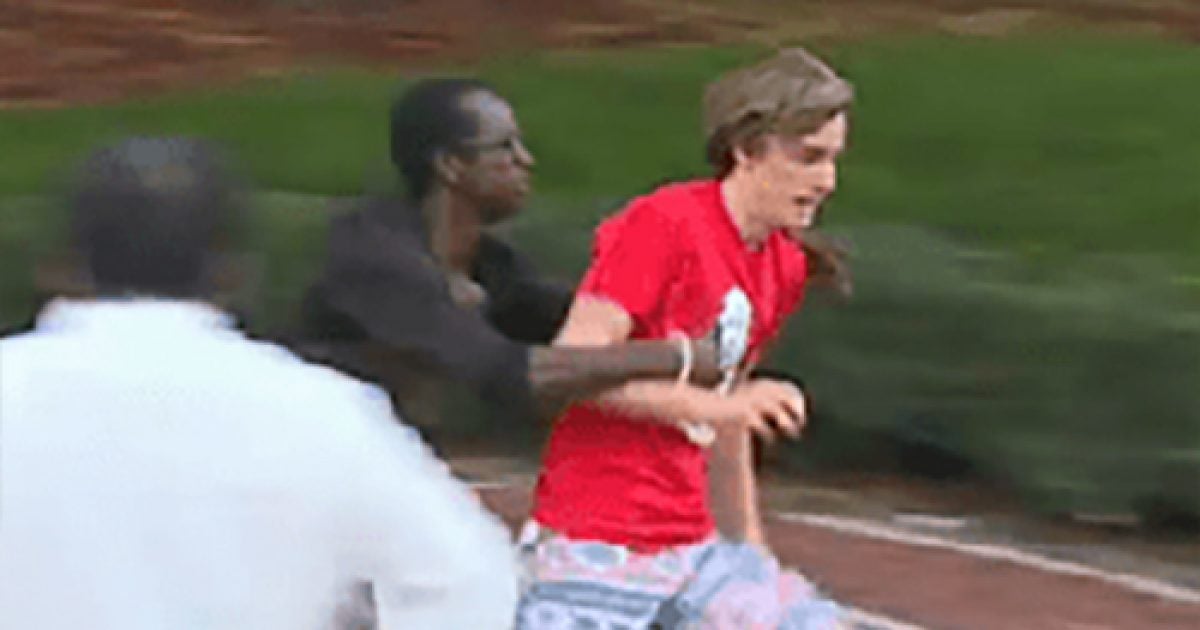 A self-professed Muslim has taken responsibility for chasing and tackling a white Donald Trump supporter in San Jose on Thursday.

The Trump rally was the site of vicious and violent anti-Trump protests and the video of the young man being tackled stood out among the many disturbing images.

Outside Trump rally protestors chased down this kid and tackled him. When he got up we pointed him to police. pic.twitter.com/83O2oNzcMx

The man, who goes by the name Houdini on social media but whose real name is Seyfudin Mohamud, bragged about being the aggressor in the video on his @sizzle_seyf Twitter handle.

Before he made his account private the Pundit discovered that Mohamud posted videos of the chase and retweeted others who offered him congratulations on his criminal act.

He even made some anti-Trump comments on social media before the rally began.

He forgot to make his Facebook page private however and BizPac Review discovered the following posted on it. Mohamud appears to be from Minnesota and of Somali descent if his social media postings are to be believed.

It appears the Trump supporter was not egging anyone on as evidenced by a video that was posted to YouTube by Breitbart News.

On the other hand a photo taken by the Associated Press and published by ABC News from earlier in the protest showed Mohamud was being an agitator.