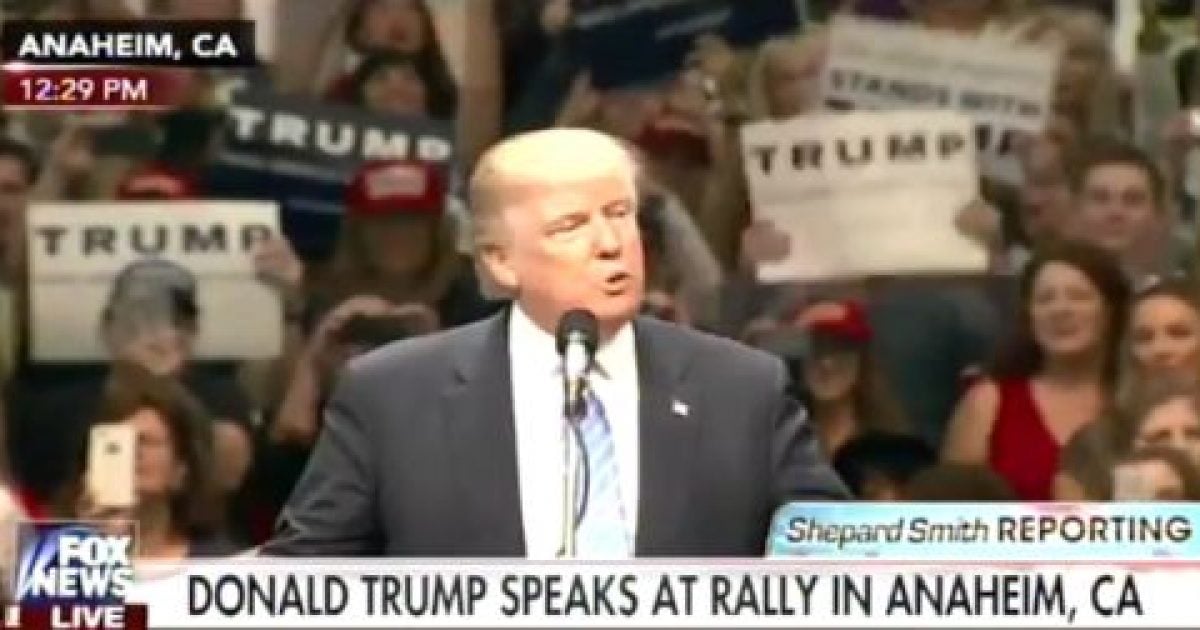 Donald Trump isn’t about to start a rally without the national anthem, even if organizers try to take it out.

Trump spoke about meeting the scheduled singer, Sherry Wilkins, backstage before his speech and that she told him the song had been cut “because of the television cameras.”

At any rate, that’s what the organizers thought was going to happen.

“Guess what, we’re gonna do the National Anthem, OK?” Trump told the cheering crowd before introducing the singer.

After the performance, Trump told her she has a “great voice,” before beginning his speech.