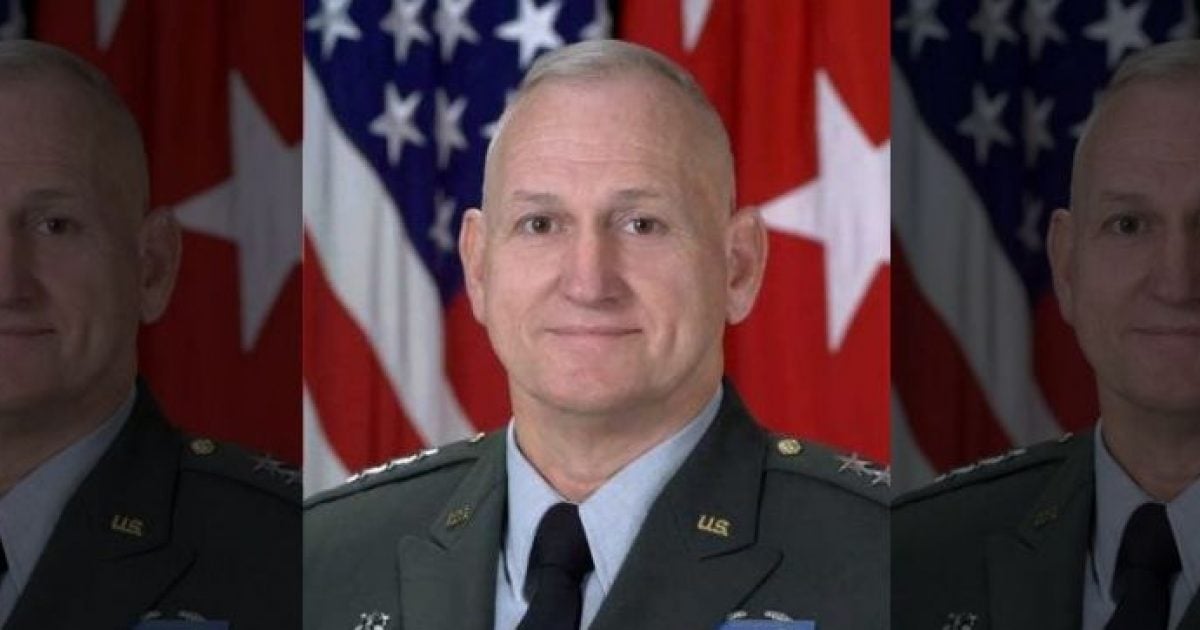 Political correctness strikes again, this time at a Virginia college.

A hero of the U.S. Army’s elite Delta Force lost his job at Hampden-Sydney College apparently due to LGBT activists who did not agree with him.

One of the original members of Delta Force, retired Lt. Gen. Jerry Boykin once commanded all of the U.S. Army’s Green Berets. He served his country honorably for more than 36 years but fell victim to the politically correct administration at the all-male school, according to a report by Todd Starnes for Fox News.

Although the school maintained that the general’s teaching contract was up, Boykin said the decision was due to complaints by liberal activists. “Political correctness is absolutely out of control,” he said.

In a speech to conservatives in March, Boykin made a joke in his comments on the transgender bathroom issue. “The first man who goes into the restroom with my daughter will not have to worry about surgery,” he said, eliciting laughter from his audience.

But LGBT activists were instantly offended and crafted a letter to the college demanding that he be fired. Boykin said over 150 signatures accompanied the letter, according to Fox.

“They claimed I was calling for violence against transgenders,” said Boykin. “Obviously it is not true. It was a figure of speech. It was meant to be humorous and it was humorous to the audience.”

Humorous or not, the college did not defend the general and informed him recently that after nine years of teaching leadership and ethics at the school, he no longer had a position there. “I was not given a chance to defend myself,” he said. “I was not given an opportunity to explain myself. That’s the sad part of it. The school is better than that.”

One of Boykin’s defenders, Sen. Ted Cruz, called out the political correctness at the college whose mission statement says it “seeks to form good men and good citizens in an atmosphere of sound learning.”

“At a time where young people are desperately seeking hope and inspiration, you would think General Boykin would be one of their most valued faculty,” the former Republican presidential candidate wrote on Facebook. “But instead, he fell victim to the PC police.”

The college’s director of communications told Starnes that Boykin’s “contract was simply not renewed,” and they felt it was “time academically for a change.” The American hero’s comments “were not the determining factor in this decision,” maintained Thomas Shomo, but admitted that they were a concern to the college.

“You know he is an outspoken person who has many controversial views,” Shomo said, noting that Boykin’s comments  “appeared to advocate or approve of violence.”

Tony Perkins, president of the Family Research Council, where Boykin serves as executive vice president, did not mince words in criticizing the college, which was started in 1775.

“What a contrast between the easily intimidated leadership of Hampden-Sydney College and men, like Gen. Boykin, who have spent their lives facing real danger so that LGBT agitators could enjoy the freedoms and rights they want to deny others,” Perkins said.

Boykin credits the activists with being organized and unified in their efforts to silence those they disagree with. “They came together and launched a major attack and they succeeded,” he said, but he plans to fight back.

“It makes me even more determined that I’m going to do everything I can to stop men from going into bathrooms with my daughters, my wife and my granddaughters,” Boykin said. “I am going to be a very outspoken antagonist on this issue.”