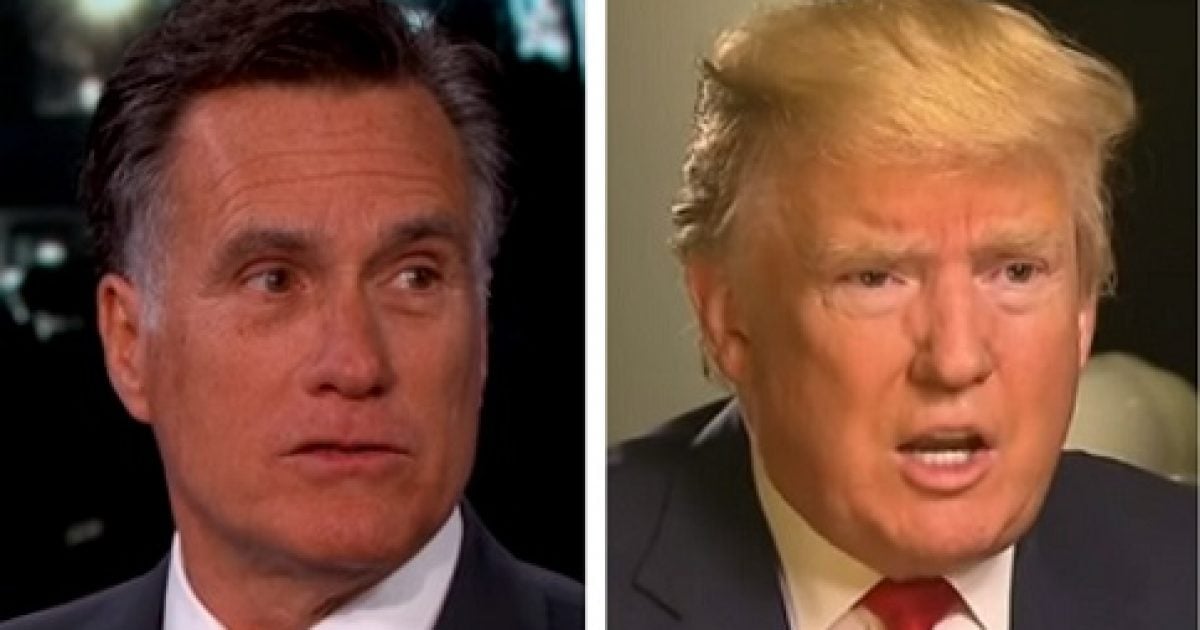 Mitt Romney‘s name has surfaced in talks about a possible third-party run.

In spite of his insistence that he will not run, Mitt Romney is being courted this week by a leading conservative commentator to reconsider and jump into the volatile 2016 presidential race as an independent candidate.

William Kristol, the longtime editor of the Weekly Standard magazine and a leading voice on the right, met privately with the 2012 nominee on Thursday afternoon to discuss the possibility of launching an independent bid, potentially with Romney as its standard-bearer.

Kristol confirmed to the Post that he and Romney had a “little meeting in Washington.”

“He came pretty close to being elected president, so I thought he may consider doing it, especially since he has been very forthright in explaining why Donald Trump and Hillary Clinton should not be president of the United States,” Kristol told the newspaper.

Kristol added that he was not necessarily courting Romney to run, but wanted the 2012 GOP presidential nominee’s thoughts on whether a third-party candidacy was doable.

“It was not like, ‘You should do it.’ I wouldn’t presume he’d do it,” he said. “But I’m hoping that he begins to think about it a little more. His name is one of the names that is part of the discussion.”

And to help get tongues a’wagging, Kristol took to social media to run Romney’s name up the flag pole:

On WADR @BillKristol says after talking to @MittRomney at a DC fundraiser last night, Bill thinks Mitt might be open to running 3rd party

All of which set social media a’twitter with reactions for and against the idea… here’s a quick sampling of responses from Twitter:

This is going to be fabulous entertainment!

@washingtonpost @costareports ? Ridiculous. GOP is fracturing itself further in a useless effort to stop Trump.

@BillKristol Mitt should run again, he looks like the adult compared to the other two.

@BillKristol @BenSasse are like mixing vinegar and water. Together they make one big #DoucheBag

@BillKristol @BenSasse Get any necessary paperwork filed and open up a website for donors please.

@BillKristol @BenSasse You talk about Trump destroying the GOP, but is “independent candidacy” that would actually do that, if anything.

@MarkHalperin @BillKristol @MittRomney lol. Nothing will fire up the GOP base more than Romney trying to help Hillary.

@MarkHalperin @PhilipRucker @BillKristol @MittRomney I voted for this terrible candidate, once, not again. Fool me once, not twice!

@MarkHalperin @BillKristol @MittRomney can’t wait for @realDonaldTrump to come out swingin’. should be an #epic rant <grabs popcorn>????

@MarkHalperin @BillKristol @MittRomney Some just don’t know how to move on. Listen to Let It Go and live your life, Mitt.