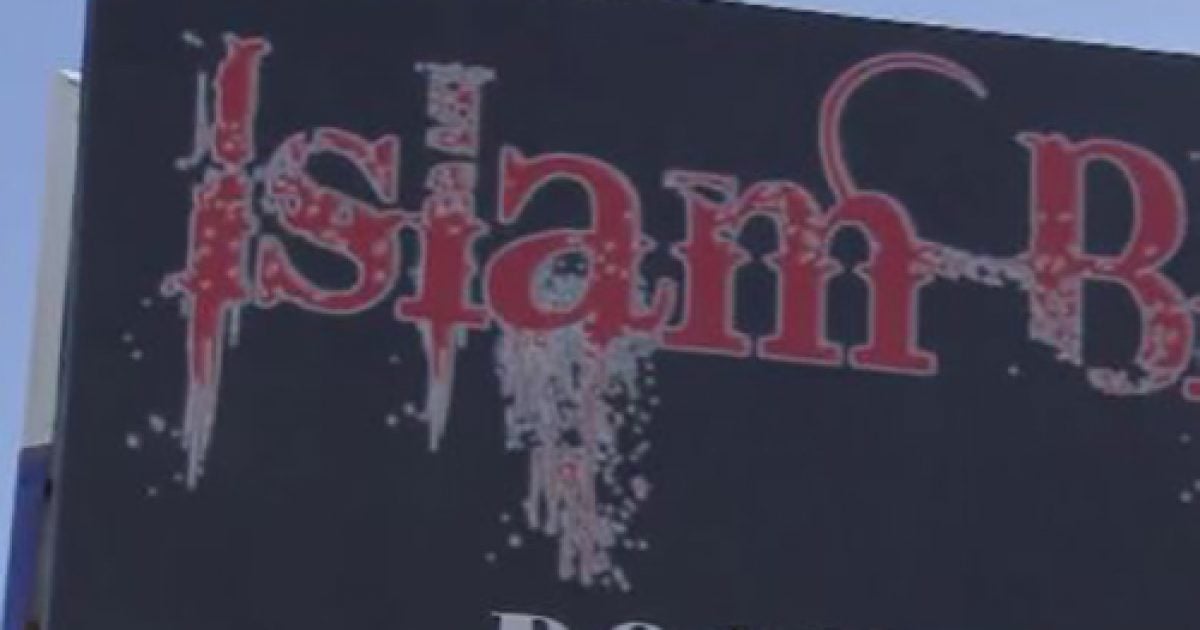 People worldwide have demanded the removal of a St. Augustine Beach, Florida, billboard that they find offensive.

The billboard, which is on A1A and Seashore Avenue, reads “Islam Bloody Islam” with the tagline “Doomed by its doctrine” and has caused outrage, FOX 30 reported.

“This is horrifying because this tells me that they want everyone in our whole city to read this,” Bonnie Rosen told the station.

Though probably not as horrifying as say 9/11 or San Bernardino.

“We should always stand up for those in our community who are shown hatred and intolerance,” wrote Becky Williams who started the petition. “We should be outraged that a billboard with this message could in any way represent our community as a whole. It is of the utmost importance that we stand against messages and movements that isolate, judge and threaten an entire sect of people who share our same hometown.”

Robert Harry Jr. of St. Johns Outdoor Advertising told FOX 30 that the sign was a representation of free speech and that it was not a group, but an individual, who purchased the sign.

Despite the outrage, the sign also had plenty of support.

. @TRobinsonNewEra @MailOnline one woman DROVE to see it to be offended in person!

@TRobinsonNewEra @MailOnline Hope this Billboard will be replicated all over the Globe.

@TRobinsonNewEra @MailOnline If they cant face the truth that islam is a death cult rooted in warlord tradition and ” armagedon ” BS then ..

@TRobinsonNewEra @MailOnline Truth is painful. But they fail to see that it is attacking a doctrine, not people.