Just when you thought Hollywood, California, couldn’t get anymore provincial, it does this.

A petition to remove GOP front-runner Donald Trump’s star on the Hollywood Walk of Fame has already garnered over 13,000 signatures and claims he does not deserve to be represented on the star-studded block, according to the Hill. 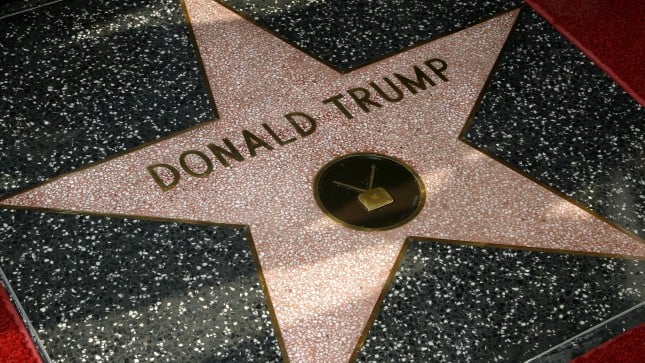 “Donald Trump has a star on the Hollywood Walk of Fame and it has been vandalized again and again since the start of his presidential campaign. It’s clear that the community does not think he deserves to be represented there,” the petition states.

The petition is being put before the Hollywood Chamber of Commerce, but representatives with the chamber said they have never removed a star in Hollywood Walk of Fame’s history.

“The Hollywood Walk of Fame is a registered historic landmark,” President Leron Gubler said. “Once a star has been added to the Walk, it is considered a part of the historic fabric of the Hollywood Fame. Because of this, we have never removed a star from the Walk.”

Trump’s star was added in 2007, and since he has entered the race for the White House, his star has been repeatedly vandalized with spray paint, and at one point, was covered with animal feces.