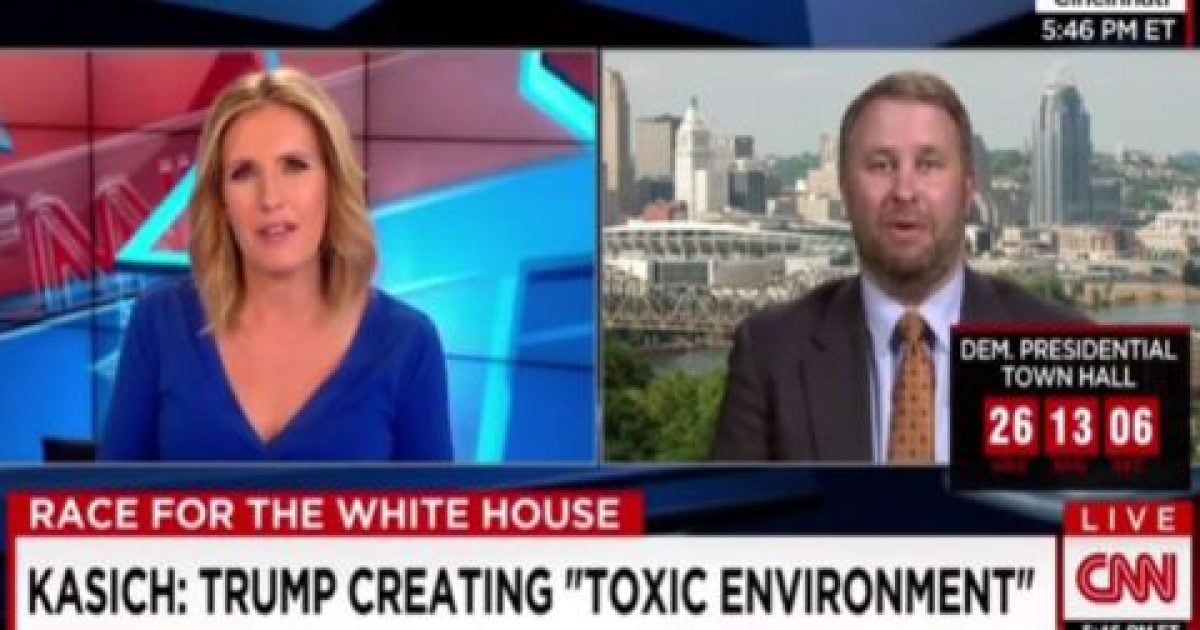 It’s fun to watch a newsroom reporter when he or she learns something new on air.

CNN Newsroom host Poppy Harlow on Saturday tried to suggest Republicans like John Kasich deserve blame for not speaking out against Donald Trump when he was pushing birtherism against President Barack Obama several years ago, she was taken aback when her guest, Ohio GOP chairman Matt Borges, turned the tables by implicating Hillary Clinton’s 2008 presidential campaign in dabbling in similar mischief against her then-opponent Senator Obama.

At 5:45 p.m. ET, after playing a clip of Ohio Governor Kasich complaining about Trump creating a “toxic environment” by “preying on the fears of people,” as the GOP presidential candidate responded to recent violence at a Trump rally in Chicago, the CNN host turned to her guest and tried to indict Kasich as she posed:

But what about those who argue, “Where was Kasich? Where were the other members of the GOP establishment during the past few years as some in the party attacked the President, President Obama with false claims, talking about where he was born, his citizenship, and many of them just stood by? Where was he then?”?

After recounting that Kasich’s campaign has been mostly positive, Borges brought up Clinton supporters from 2008 having pushed birtherism:

All those things you brought up were actually created by the Democrats, were created by Hillary Clinton in 2008, and some of the wild things that Donald Trump says, we just don’t think are representative of our party-

A confused Harlow, who seemed unfamiliar with the reports about Clinton supporters raising similar issues against Obama in 2008, struggled to jump in:

Watch the clip from Newsbusters: