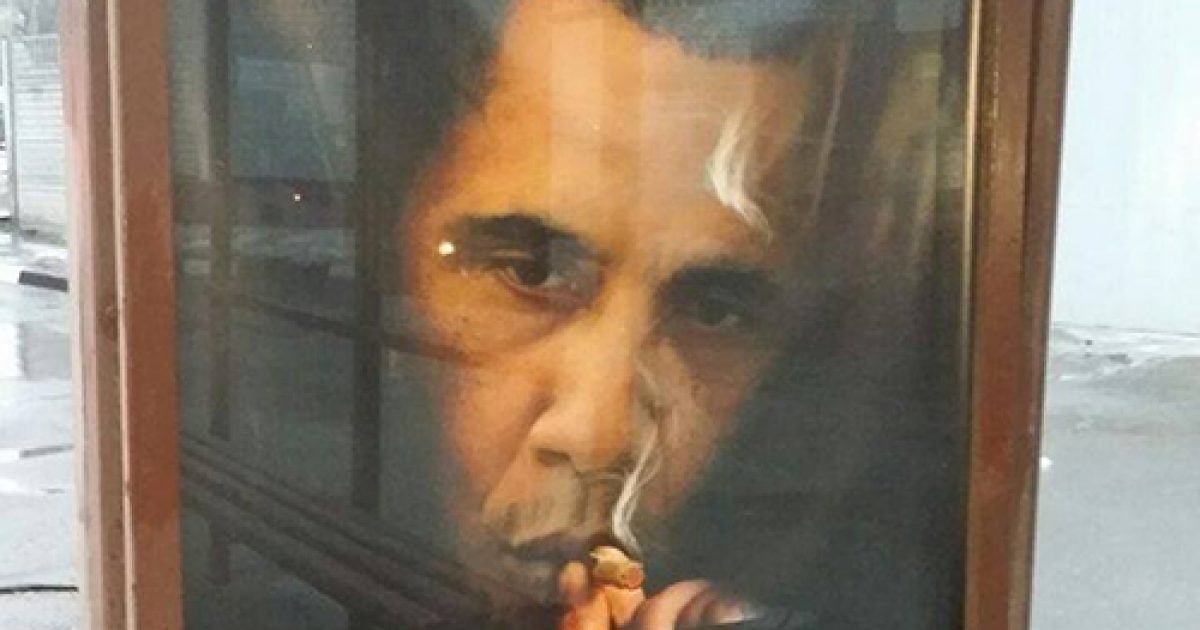 A new poster that appeared recently in Moscow is sure to make President Obama smoking mad.

An anti-smoking poster in the Russian capital with a picture of Obama smoking reads “smoking kills more people than Obama” and has gone viral, the Guardian reported.

“Smoking kills more people than Obama, although he kills lots and lots of people,” it read with a depiction of Obama smoking. “Don’t smoke, don’t be like Obama.”

Dmitry Gudkov who posted the picture, and the only liberal in the Russian Parliament, called the advertisement “disgusting and embarrassing,” and told the Guardian that “Soon they’ll be scaring kids with Obama rather than Baba Yaga” (a fictional witch from Russian literature).

The ad comes a week after a “Stop Obama” video, which showed Russian students falling (as if to their death) while one girl remained standing and holding a sign that read: “the president of the United States kills 875 people every week,” the Guardian reported.

No one has taken credit for the anti-smoking poster so far.