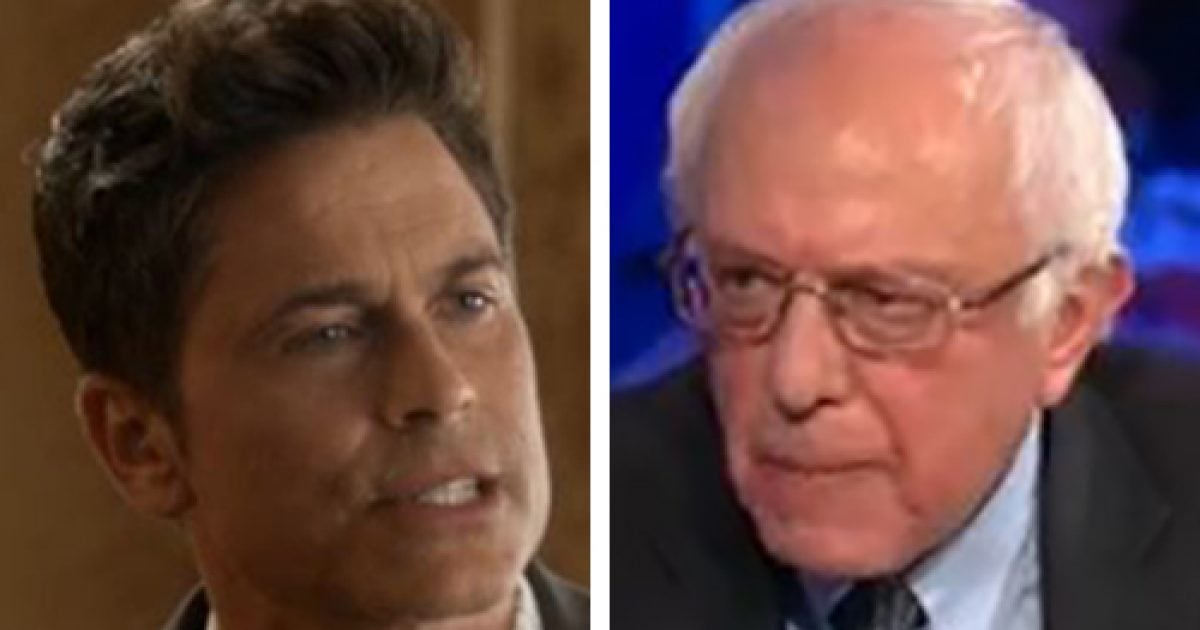 If elected president, Bernie Sanders unabashedly admits that he would raise taxes.

“Yes, we will raise taxes. Yes we will,” the Vermont senator told CNN’s Chris Cuomo at the Democratic town hall on Monday. “But also, let us be clear, because there’s a little bit of disingenuity out there, we may raise taxes but we are also going to eliminate private health insurance premiums for individuals and for business.”

Sanders went on to lecture about the “rich” paying their “fair share” to finance his big government plans.

Watching Bernie Sanders. He’s hectoring and yelling at me WHILE he’s saying he’s going to raise our taxes. Interesting way to communicate.

Not surprisingly, he was attacked by those who believe Sanders would only be raising taxes on the rich — and not on them.

@RobLowe he’ll raise YOUR taxes. not “our” taxes. let’s get it straight.

@RobLowe I think you make enough to handle it lmao

@RobLowe he doesn’t plan on raising taxes for people who make less than $250,000 a year I believe (which is most of the US population)

Others tried to explain it.

@fleursaugefille @RobLowe he earned that money, why should he have to give it away to pay for other people’s college, wage, etc

@partiallypro @phishb13 @RobLowe @voxdotcom don't use logic reason and facts when people want to believe they get something for free.

@RobLowe it cracks me up that these fools think your taxes are the only taxes going up. jokes on them. ?

Go easy @RobLowe #BernieSanders is 164 years old and has a full diaper. He’ll be good as new after a warm bottle of prune juice. #DemDebate

@RobLowe @GaryD_Sr he’s a big quack! He wants 18 trillion for his socialist agenda, befriend the terrorists and free pot for everyone LMFAO