I have often shared my deep concern with the regulatory overreach of our federal government, and the crippling impact it has had on our economy and the business men and women who labor under its growing burden.

When I was given the honor of serving my fellow Floridians as their Chief Financial Officer, one of the responsibilities I immediately accepted was that of properly balancing the need for regulations that legitimately protect the citizens of this state against the tendency of all bureaucracies to incrementally increase regulations that are costly to implement and serve no meaningful purpose.  To that end the Department of Financial Services immediately began the process of systematically reviewing every rule and regulation within the purview of the Department.  For each rule or regulation, Department personnel tested its utility, its cost to the taxpayers of Florida, and its impact on the ability of the affected businesses and individuals to grow their enterprises and create jobs.  As of this date the Department has reviewed each of its 1426 rules and eliminated 135; a total of roughly 9.5%.  The process now in place is not meant to sunset, but instead has become ingrained in the Department’s evaluation of its regulatory responsibilities in general.

While this can be a painstaking process, the citizens of this state deserve our best efforts to eliminate burdensome regulations, and there is no reason why elected representatives in Washington cannot champion a similar cause.  The past thirty years have seen an explosion in regulatory activity, accompanied by an incredible increase in costs to individuals and businesses.  Parenthetically, it is important to understand that these are not simply ministerial nuisances or financial burdens.  The number of crimes associated with failing to adhere to federal regulations has doubled since 1980.  The Ten Commandments laid out some pretty clear “thou shalt nots,” but not even Moses could get through Dodd-Frank or the Affordable Care Act without doing some time.

During the last calendar year alone (2014), our government added over 3500 new federal regulations, totaling 25,000 pages of inscrutable text.  Last year federal regulations cost American consumers and businesses an estimated $1.9 trillion.  That breaks down to $5,896 for every man, woman and child in the United States, and an astonishing $5.2 billion per day.  Regulatory costs are real, they are collected through every transaction undertaken daily by Americans, and they amount to an average $14,976 per household.  By way of context, this is roughly a third of the median household income of a Florida family.  Can you imagine the economic impact on this state if that buying power were released to our families and not held hostage by an entrenched federal bureaucracy?

When Florida’s families gather around the kitchen table to look at the family budget, they know when something is amiss.  Our business men and women study their companies’ balance sheets, and they understand intrinsically when things are out of balance.  In short, they recognize a problem then search for the correct resolution.  Our federal government is so busy defending each and every regulatory incursion into our lives that they do not even have the basic intelligence or intellectual honesty to recognize that there is a problem.

The estimated cost of regulation in 2014 exceeded half the level of federal spending itself, and amounted to 11% of total US GDP.  When combined with federal FY 14 outlays of $3.5 trillion, the federal government’s share of the entire economy now reaches 30.6% of GDP.  If federal regulations were a country, their costs would amount to the world’s tenth largest economy, right behind Russia and just ahead of India, and higher than the GDPs of Canada and Australia.  That is completely non-productive economic leverage wasting away on Uncle Sam’s books.  It also represents schools that cannot be built and properly equipped, it is children and families at risk that cannot be reached, and health care services that cannot be made available to those truly in need.

These figures do not include the costs to administer all these regulations.  Over the past twenty-five years, since 1990, the federal budget allocated to conduct regulatory activities has nearly tripled, increasing 176%.  That is twice as fast as the rate of personal income growth in Florida over that same time period (88%).  The growth in federal regulatory staff has exceeded private sector job growth over the past decade, expanding three times faster (18%) than the number of private sector jobs (6% nationally) created.  Since 2009 federal regulatory activities have absorbed an additional $11 billion.  These costs were incurred over the very same time period that Americans were wrestling with the consequences of the Great Recession, and would have welcomed the application of those dollars to job creation rather than adding to the stifling ramifications of a bloated mob of regulatory thugs.

There are various definitions of criminal enterprises, but they share common characteristics.  The principle consideration is to obtain money, frequently accompanied by either real or implied threat.  Clearly the federal government cannot be labeled “criminal” in the literal sense since it writes the laws, but that merely compounds the audacity of its behavior.

It may appear a literary stretch to reference criminal enterprises in this context, unless one understands the essence of criminal behavior is to violate, infringe or breach one’s relationship with another.  Hence, it is not an overstatement to suggest that it is certainly a criminal abuse of every citizen to break faith with the American dream through the misuse of regulatory authority.  Excessive regulation is a way to modify our behavior, to force us to act as a self-appointed few would have us act, to reshape our hopes and dreams to conform to the singular vision of an almighty state, a vision designed by others who feel they know our wants and needs better than we do.

We are being robbed of an essential human right: to define our own destiny, to have the opportunity to strive for a better life, to live free from the immoral constraints of oppressive elites.  Surely that is a crime.

Jeff Atwater is Chief Financial Officer of the State of Florida. 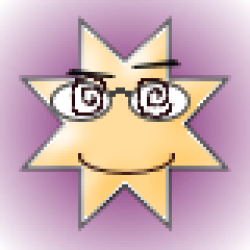 Florida C.F.O. Jeff Atwater
You can connect with CFO Atwater at the following Facebook link:
https://www.facebook.com/JeffAtwater