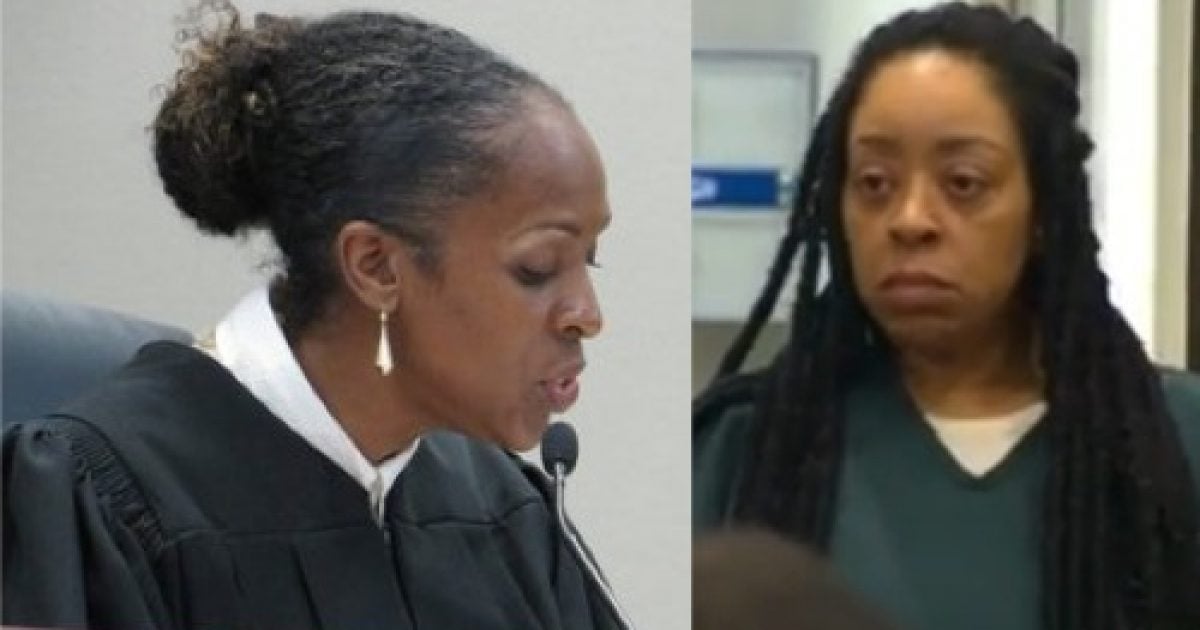 A Georgia #BlackLivesMatter activist, who posted video threats against police, didn’t get any special treatment just because her judge was also a black woman.

Clayton County Magistrate Judge Wanda Dallas didn’t buy Latausha Nedd‘s  argument that she was just exercising her First Amendment rights by waving a gun and a machete at the camera in her videos, and calling for “blacks to take police officer’s guns, take over a police station, and kill white people.”

Dallas slapped Nedd with $70,000 bail, and declared that charges of criminal solicitation and terroristic threats should go forward.

Atlanta’s WSB-TV showed parts of the nearly 14 minutes of video that prosecutors played in court.

In her remarks, the judge slammed  the defendant, who was arrested on September 24 after her videos were emailed to authorities, telling her that “more violence to protest violence gets us nowhere.” She also imposed strict conditions, including that Nedd cannot post videos online while awaiting trial.

Nedd’s lawyers argued that the videos were “hacked from an online video chat room” and not intended to go viral all over the web.  Her father, who works for police department in Long Island, New York, also testified on his daughter’s behalf.

“My daughter is no way a threat to—especially police officers,” he told the station.

Take our poll: Do you believe that Donald Trump will be a ‘great unifier for this country?’

Project South, a “bottom-up movement building for social and economic justice,” according to its website, wrote on its Facebook page that “Latausha is a well-loved and committed community activist who has worked with several local organizations over the last eight to ten years. She is an artist, a musician, a singer, and an organizer.”

The statement continued, “if her words and expressions of rage are allowed to be understood as criminal or terroristic, not only is her life and well-being threatened, the future of our collective liberation faces deep, complicated challenges.”

Judge Dallas disagreed: “collective liberation” doesn’t justify waving guns into a camera while making threats to kill white people.  And that’s good news for the rest of us whose lives also matter.

Watch the video below, courtesy of WSB-TV.