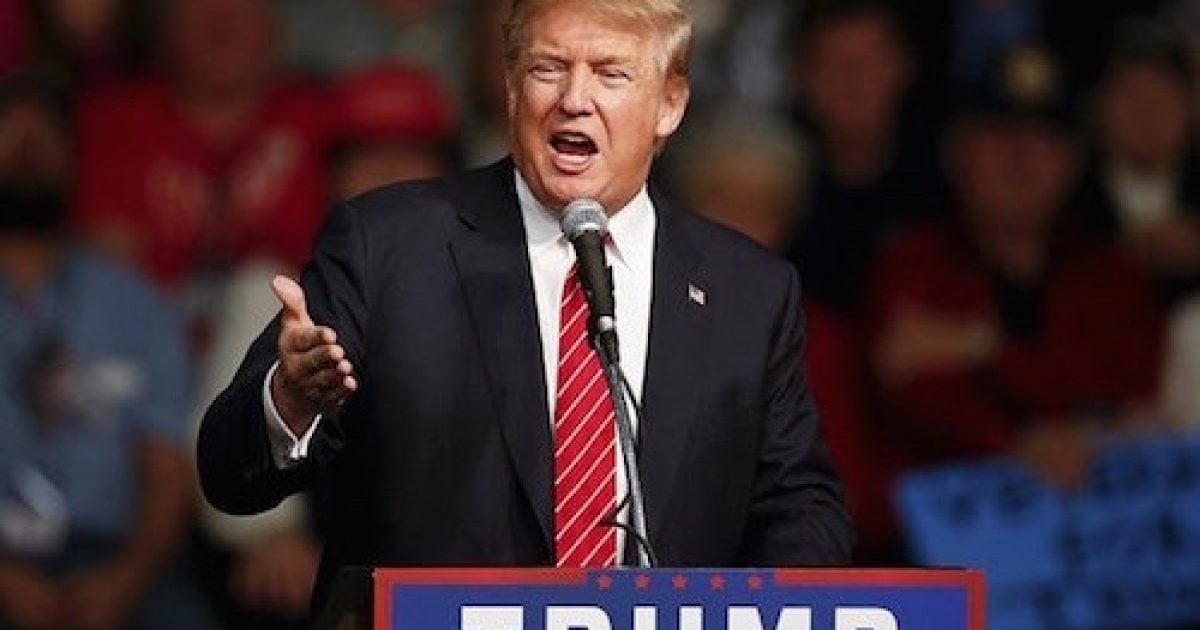 He’s the undisputed Republican presidential front-runner and, according to a Boston Globe analysis, Donald Trump speaks at a fourth grade level.

But that’s not necessarily a bad thing.

The Globe reviewed the vocabulary each presidential candidate used in his announcement speech, and found that a Republican both led and brought up the tail end of the pack.

At the top end of the scale was former Virginia Gov. Jim Gilmore, whose vocabulary was somewhere between the 10th and 11th grade.

At the bottom of the scale was Trump, who reportedly spoke at a fourth grade level.

Here’s a graph prepared by the Globe indicating each candidate’s ranking. “Trump is talking about things that are emotional, simple, and angry,” prominent Florida-based GOP strategist, Rick Wilson, told the Globe. “He’s not talking about the complexity of international affairs. It’s, ‘Let’s take their oil!’ It doesn’t have to be a long, drawn-out exegesis of American foreign policy. It’s Trump. It’s simple.”

And people like simple — simple reaches a larger segment of the voting public.

On the Democratic side, Sen. Bernie Sanders of Vermont led the pack, with both former Secretary of State Hillary Clinton and former Maryland Gov. Martin O’Malley tied for last.

Sanders announced his candidacy at a tenth grade level.  Clinton and O’Malley spoke with language suitable for eight graders.

The analysis was based on a common algorithm called the Flesch-Kincaid readability test, the Globe said.
Ben Carson, the retired neurosurgeon who has surged to second place, spoke at about a sixth grade level in his announcement speech. Sens. Marco Rubio (R-Fla.) and Ted Cruz (R-Texas) were at the higher end of the spectrum, delivering speeches at about the ninth grade level.

All in all, one key to winning is to speak in short sound bites, a technique Trump has mastered.

“There’s no time to explain in modern politics,’’ Elvin T. Lim, a professor at Wesleyan University told the Globe.