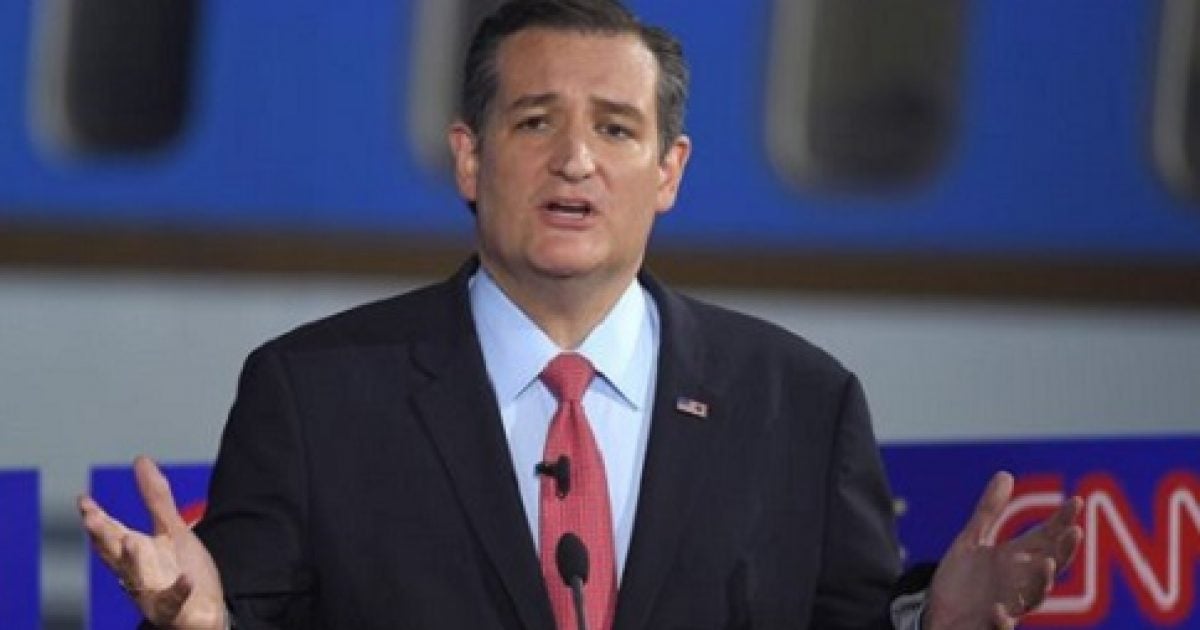 With the rest of Washington occupied with Pope Francis’ first ever trip to the nation’s capitol, Republican presidential contender Ted Cruz was focused on politics, launching a scathing attack on GOP leadership for not fighting to defund Planned Parenthood.

“What difference does it make, to paraphrase Hillary Clinton, whether we have a Republican Congress?” Cruz told reporters Thursday afternoon, the Washington Times reported.

The Texas senator said Senate Minority Leader Harry Reid and House Minority Leader Nancy Reid are still the “de facto” leaders of Congress, and that Republican leadership is guilty of surrendering before the fight.

“You have one side — President Obama and the Democrats — who are relentless, committed to advancing their principles,” he said, according to the Daily Caller.

“Like the Terminator, they never stop, they never give up,” Cruz continued. “And you have the other side, Republican leadership, who commences every discussion with a peremptory surrender.”

“Republicans need to to act like Republicans,” Cruz said. “Leadership needs to lead. Together, we need to actually honor the commitments to the men and women who elected us.”

Speaker John Boehner and Senate Majority Leader Mitch McConnell have made it clear they intend to avoid a government shutdown, which is likely as President Obama is sure to veto any spending bill that strips Planned Parenthood of funding.

“The results are predictable,” Cruz said. “It starts with Republican leadership’s promise at the outset there will be no shutdowns. Now, that promise on its face sounds quite reasonable. The problem is when you have a radical in the White House who will exploit that promise.”

He ripped leadership for continually caving to Democrats and helping advance the opposition’s agenda.

“What it means in effect is Republican leadership will support every single failed big government policy of President Obama,” he said.