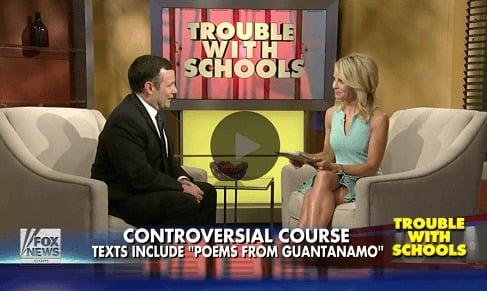 The world may have stopped turning on that September day, but it has since been turned on its head.

Americans are slow to learn that elections have consequences, and one of the unfortunate results of electing the most liberal president in United States history is the boldness from which the progressive left now operates, particularly in the country’s institutions of higher learning.

The University of North Carolina is offering an English course this fall, “Literature of 9/11,” that looks at the terrorist attacks of 9/11, through the eyes of the terrorists, not the victims.

According to Fox News, Islamic terrorists responsible for killing nearly 3,000 people are presented in a sympathetic light in reading assignments, with some of the material justifying the terrorists’ actions as part of the fight against an imperialistic American regime.

One such book, titled “Poems from Guantanamo,” is a collection of poems by 17 Guantanamo detainees.

Family members who lost relatives on 9/11 are outraged that the controversial class is being taught at a public university.

“Our country’s gone backwards. We’re upside down,” Joe Conner said Monday on “Fox and Friends.” Connor’s cousin, Steve Schlag, was a victim of the 9/11 attacks.

“They try to justify this as ‘they’re just doing what they think is right for their people’ … How dare they?” he said.

The class does not offer any perspective from the victims’ point of view, and Conner said that is wrong.

“Each of them had a story, each of them was a person and each of them left a family,” he said. “And that’s what’s being left out by this professor.”