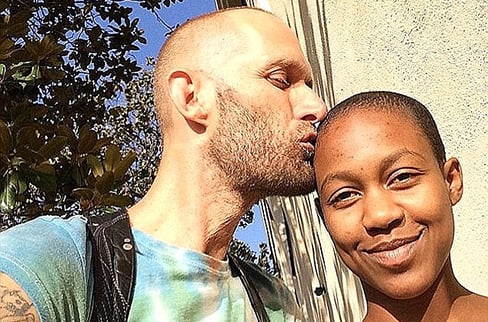 A Hollywood actress who accused a Los Angeles police sergeant of racism decided to be as flip with the court as she is with her fans when she wrote a letter of “apology.”

“Django Unchained” actress Daniele Watts was ordered, along with her boyfriend Brian James Lucas, to write a letter of apology to the Los Angeles police officers they accused of racial profiling after they were caught having a sexual encounter in their car on September 11, 2014.

Watts would not produce identification, leading to a confrontation that resulted in the pair pressing profiling and civil rights violations charges against the officer and department.

Unfortunately for the couple, the Los Angeles Police Department countered with charges of lewd conduct when video of the incident was revealed showing the actress acting like a snobbish child angry that her public sex act was interrupted.

The dirty duo pleaded no contest to the charges in May and were ordered to write a letter of apology to the Sgt. Jim Parker and Officers Saldana and Arce, who they made their baseless accusations against.

“Hopefully you can forgive the fact that my heightened emotions disturbed what might have otherwise been a carefree stop on your way to a nice cup of coffee,” Watts wrote in the letter according to the Los Angeles Times.

When the judge read it three months later, he naturally deemed it insincere and ordered them to write another.

That one was no better.

“I see more clearly now that no matter how much we attempt to fight against this perceived injustice, the most clear solution for us to move forward presently is to surrender to a broader sense of appreciation,” Watts wrote defiantly.

The judge deemed this letter “insincere and passive aggressive,” and sentenced them to 15 hours of community service.