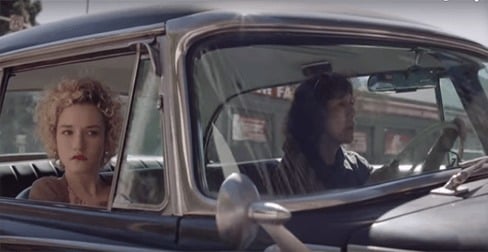 Liberals love abortion so much that Hollyweird has produced a movie about the adventures of getting one — and it’s getting rave reviews.

The new film, starring Lily Tomlin, is called “Grandma” and tells the story of a teenage girl who goes to her grandmother asking for money for an abortion, and rather than be outraged and maybe teach the child some life lessons about responsibility and becoming an adult, she takes the girl on a quest to raise funds for it.

On an Aug. 18 episode of “Good Morning America,” host Robin Roberts spoke with Tomlin about the film and said, “I hope that you’re feeling the love here,” adding, “It’s funny, it makes you think,” NewsBusters reported.

Yes, what could be funnier than murdering an unborn child?

Other reviews NewsBusters posted include:

People magazine lauded the movie as “awesome” and “hilarious.”

While the media do their best to avoid the house of horrors that Planned Parenthood has been exposed as being, in a series of videos by the Center for Medical Research, they have no problem with touting the wonders of a film about abortion.