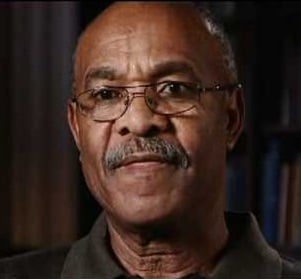 Liberal bloggers have an irresistible urge to scratch their itchy, scabby wounds–and leftist blog Salon.com’s latest bout of racial scab picking would be comic if it weren’t so tragic.

Sunday’s 1,578-word open letter to “White America” might just be the “funniest unintentional satire on the internet this week,” as Twitter user @ReeFungorio noted.

Blogger Chauncey DeVega—whose own blog is called “We Are Respectable Negroes”—revealed his deep racism by painting all white Americans with one broad, conservative brush, blaming “toxic white masculinity” for “backward right-wing politics.”

The white identity politics, grievance mongering, conspiracies, paranoid thinking, eliminationist rhetoric about liberals and progressives, hostility to women, rage against immigrants, anxiety about those who are not “Christian”, and mainstreaming of white supremacy and white racial resentment, are the fuel for toxic white masculinity. The right-wing media gins up and encourages such sentiments because it is dependent on them for viewers and ad revenue.

Other than scratching the liberal “blame ‘White America’” itch, there appears to be very little point to this rant, which if written by a white conservative blogger to “Black America” would incite endless accusations of racism.

Conservative Twitter users responded to DeVega’s open letter with amusement and offense—and a bit of confusion as to which reaction is more appropriate.

Dear White America: Your toxic masculinity is killing you http://t.co/Wy5QlcfoyM via @chaunceydevega

@Salon @chaunceydevega so, All White Folks alike to you? Because the only people who think of “WA”as one big group are you and the Klan.

@Arpit_Chauhan @Salon @chaunceydevega yet I can’t seem to unfollow…@salon very representative of most of what’s wrong with everything.

@Salon Dear Salon, Your Toxic Bigotry Is Killing You

@SullaBlack @Salon Which is more objectionable in the click bait: racism or sexism?

.@Salon Wins again! – Funniest unintentional satire on the internet this week! @chaunceydevega in the running for most stupid/bigoted author