An Army reservist’s trip to a local convenience store late Wednesday of last week led to an avalanche of social media wrath when he was denied the right to purchase a pack of smokes.

When a Redmond, Wash., 7-Eleven clerk asked for proof of age when Colin Brown tried to purchase cigarettes, the reservist proudly handed over his military ID, according to local station KIRO Channel 7 TV. 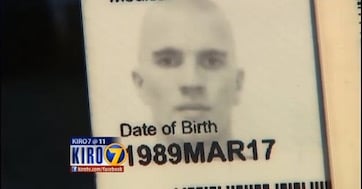 The identification clearly states that it’s “United States Government” issued, along with an expiration date and Brown’s branch of service. The reverse side indicates his date of birth, March 17, 1989, making him 26 years of age.

“Honestly, I was in shock. I asked, ‘Are you serious?’ She looked at me like she was offended,” he said. Brown then asked what the problen was, while he began pulling out his driver’s license to back up his military ID

“I asked for her manager’s information and at that point I was able to make the purchase,” Brown told KIRO.

Brown’s friends and relatives quickly posted details of the alleged incident on Facebook, which reportedly received over 12,000 shares around the country.

“I think it’s understandable that people would be upset about it. I think anyone in this position would be upset,” Brown told KIRO, which reported:

KIRO 7 reached out to 7-Eleven’s corporate offices in Dallas and a representative responded, saying the report we heard was “distorted.” The franchise is owned locally. KIRO 7 left messages for the owner, who did not respond.

7-Eleven has always promoted military, giving away Slurpees and even store franchises to service members.

After Brown’s friends complained online to 7-Eleven, they did write this:

But Brown said that’s not at all the way it went down, and he wants 7-Eleven to investigate further.

“From moment one, the only thing I was hoping to do by coming forward with this is to get the issue addressed with the employee,” He said. “If you don’t know something is wrong, you can’t fix it.”

Watch the video via KIRO-TV.