In America today, you have to pay to pray sometimes.

And for some, it pays not to.

A Mississippi school district has been fined $7,500 to a single student for religious activities that included allowing a prayer invocation at an awards ceremony for honors students by a federal court that found the district had violated an earlier court settlement that ordered it to stop “proselytizing Christianity.”

According to the Christian Post, the Rankin County School District, the state’s third larges, was ordered to pay $2,500 to a student who complained about prayer at the May 2014 ceremony.

The district was ordered to pay the student another $5,000 because it had allowed Gideons Internation – the people who brought Bibles to hotel rooms around the country – to distribute the Good Book at an elementary school in October of the same year.

According to the Christian Post, the fine was the latest in a long-running battle between the district and the student – who was not identified – over religious activities. The student originally sued, with the help of the atheist group the American Humanist Association, over being forced to attend school assemblies that the student argued promoted Christianity.

The same judge, U.S. District Judge Carlton Reeves, found against the district and the two sides entered a settlement under which the district agreed to pay the student’s legal fees and refrain from forcing students to attend events that could be construed as religious, the Christian Post reported.

In the awards ceremony case, the district argued that attendance was voluntary, so no student could have felt forced to pray by attending.

The school district “deliberately went out of its way to entangle Christian indoctrination in the education process,” he wrote, according to the Christian Post. “From the accounts detailed in the record, it appears that incorporating religious script and prayers with school activities has been a longstanding tradition of the district.”

Actually, harassing local governments – especially school districts – on hypersensitive grounds is a longstanding tradition of the American Humanist Association. Its website brags about recent court cases – including one where the group sued a Florida city because its police chief organized a prayer vigil aimed at stamping out crime.

Without them, the country wouldn’t have a prayer. 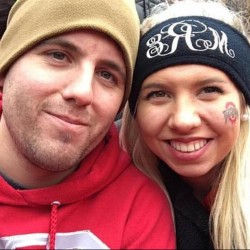