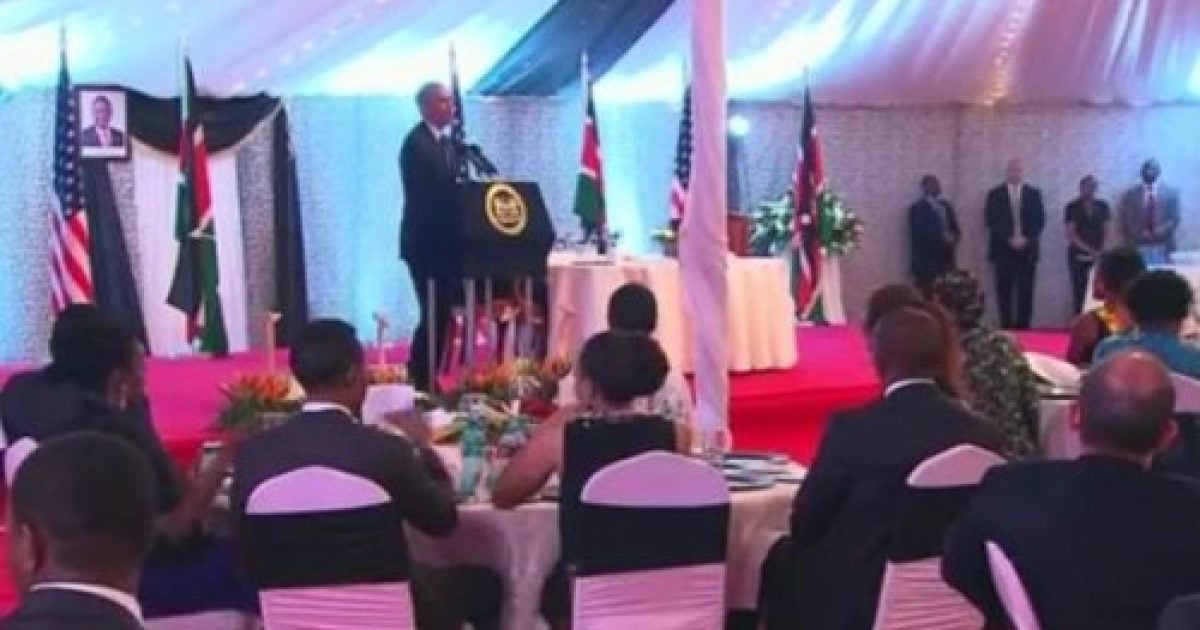 Playing to his domestic base even at a state dinner abroad, President Obama used a state dinner in Nairobi, Kenya, to crack a “joke” about returning to the land of his father to find his birth certificate.

But it didn’t come without blowback.

“I suspect that some of my critics back home are suggesting that I’m back here to look for my birth certificate,” Obama said. “That is not the case.”

The question of Obama’s place of birth was supposed to have been the “October surprise” of the 2008 presidential election.

It was a theory that gained some steam but never got totally off the ground when Philip J. Berg, a former deputy attorney general for Pennsylvania and a Democrat, claimed he was told by Obama’s paternal grandmother that he was born in Kenya.

The Nairobi audience  might have laughed politely, but the president’s attempt at humor fell flat in the social media world.

Obama jokes about his birth certificate in Kenya….only problem its no joke

In your face America Obama Jokes About Going Back To Kenya To Find His Birth Certificate https://t.co/D4daw1wicY via @WeaselZippers

And finally there was this.

@thehill THE BIGGEST JOKE IS ON AMERICA ! A double PUNCH-LINE !!!

Obama has cracked birther jokes in the past, suggesting that he’s as obsessed with it as some on the far right.