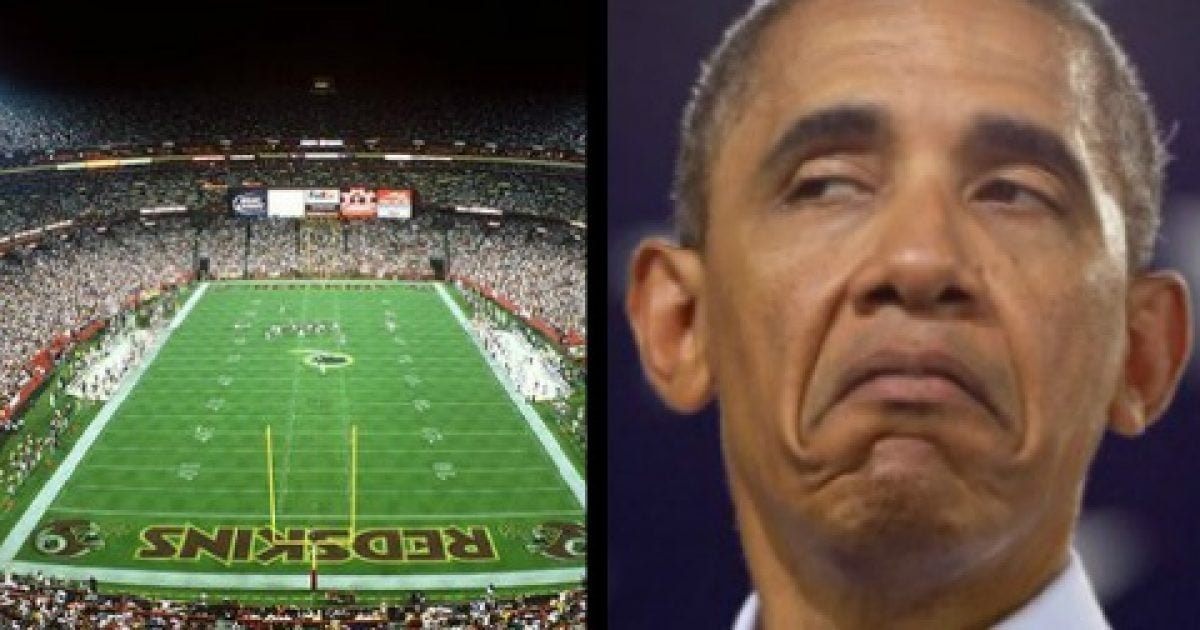 Once again the Obama administration is proving it’s all about politics.

The administration’s objection to the Washington Redskins’ team name has derailed efforts to bring the team back to D.C. from suburban Maryland.

The Redskins have been trying to return the team’s home field to D.C., but the land they were hoping to build on is owned by the National Park Service and requires permission from the Obama administration before development.

Interior Secretary Sally Jewell said the Park Service was unlikely to accommodate construction of a new stadium for the Redskins unless the team changed its name to something more politically correct, according to the Washington Times.

Jewell, who was appointed by Obama two years ago, has echoed the president’s strong condemnation of the team’s name, saying it is so offensive the administration will do what it can to keep the team out of D.C..

“Personally, I think we would never consider naming a team the ‘Blackskins’ or the ‘Brownskins’ or the ‘Whiteskins,’” Jewell told ABC News last year. “So, personally, I find it surprising that in this day and age, the name is not different.”

Of course, not everyone agrees that the name is controversial. Historically, the term “redskin” was not considered derogatory or offensive. The state of Oklahoma, for example, derives its name from the Choctaw words “okla” and “humma,” meaning “red people,” as a way to honor the American Indian tribes of the area.

Is the administration going to try to ban the state of Oklahoma next?

The administration’s stubborn objection to the team’s name – and its refusal to accommodate the team’s return to D.C. – have boosted efforts by Virginia to lure the team across the Potomac.

The team’s owner, Daniel Snyder, has said he refuses to change the name, and is now in negotiations with Virginia’s Democrat governor, Terry McAuliffe, to find a new home stadium.

To the Obama administration, political correctness is apparently more important than the economic benefit of Washington’s hosting a National Football League team.

Social media users flocked to Twitter to express their outrage at the administration’s pettiness:

@TheFive Ridiculous! I hope the Redskins ownership does not succumb to this absurd pressure.

@TheFive it’s funny how Liberals bow to a few American Indians that don’t like the Redskins name.

@thehill What amazing insight he has to help minorities. Trashing the Redskins name will do so much to lift up minorities and lessen crime.