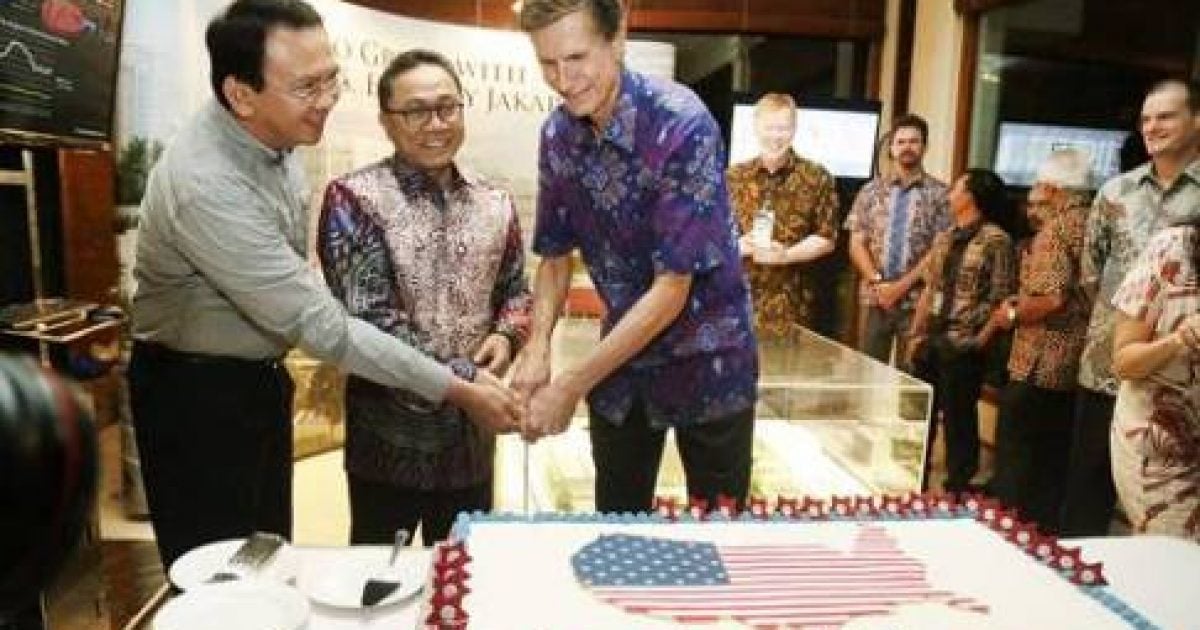 The embassy celebrated the 4th of July on June 4 out of respect for the upcoming Ramadan month, which lasts from June 17 through July 17, according to the Jakarta Post.

Observance of Ramadan, one of the Five Pillars of Islam, requires fasting by Muslims from dawn to sunset.

The U.S. Ambassador, Robert Blake, held festivities at his residence in Central Jakarta on Thursday, the Post reported.

“Democracy is an American value which we have championed since 1776,” Blake told those in attendance.

Thomas Lifson, editor and publisher of American Thinker, noted Sunday in a column on the rescheduled holiday that embassies “are the national territory of the country being represented, not of the host country.”

“This is a moment of national dhimmitude and deep shame,” Lifson wrote.

“I hope someone will ask Marie Harf to explain if any Muslim countries plan on moving their embassy’s Ramadan celebrations to accommodate our Independence Day,” he added.

And while red, white and blue is traditionally the order of the day, Thursday’s celebration took on a “green” theme, in support of a green economy and more environmentally sustainable development.

On a positive note, “The Star Spangled Banner” is still allowed to be played at the embassy.