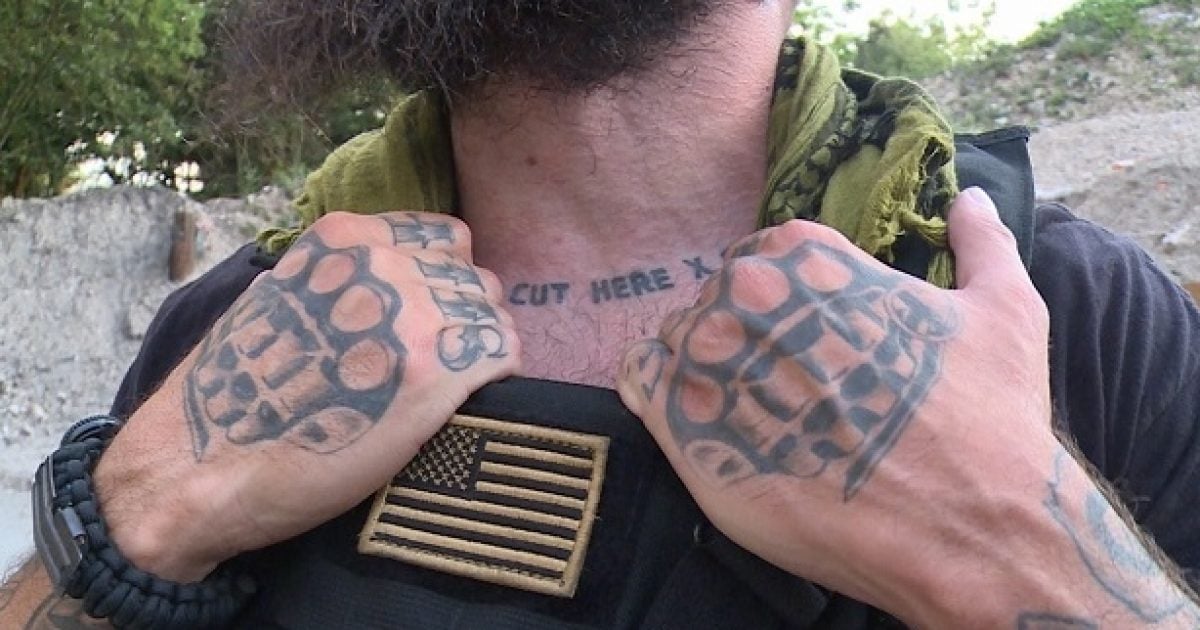 Led by a man who once trained with the legendary Blackwater military contractor outfit, a group of volunteers from South Florida are willing to be the “bigger and badder person” in the fight against militants affiliated with the Islamic State of Iraq and Syria.

Suleiman Yousef, who has the unique characteristic of a tattoo on his throat that reads, “Cut Here,” and his teammates are on their way to the Philippines to fight Islamic radicals, according to Russia Today.

Yousef said his group was paid “overhead,” but would not reveal who hired them. The volunteers reportedly have access to customized infantry weapons.

Jake Diliberto, a former Marine who fought in Afghanistan and Iraq, told RT it was a bad idea to fight ISIS in this way, explaining they would be better off enlisting in the military or joining contractor outfits like Blackwater, which is now known as Academi.

“Those that choose to go independently actually have a tendency to create more havoc and more problems in the conflict zone than an organized military or defensive contracting company,” he said.

Diliberto added that while ISIS is “not interested in coming to New York City or Topeka, Kansas,” there’s a motivation for some Americans to want to prevent the violence from coming to American shores.

“There is a need by some sort of more zealous, defensive Americans to protect their homeland against this kind of perceived threat,” he said.