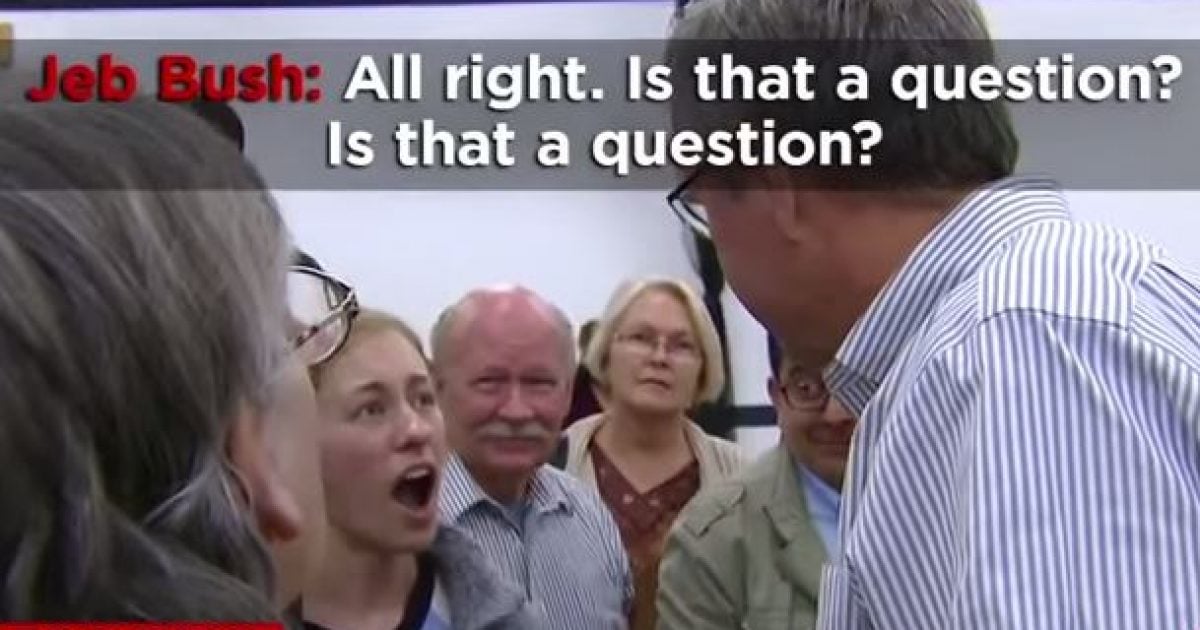 Jeb Bush is finding out early that should he declare his candidacy for the White House, the shadow of his brother, former President George W. Bush, will follow him.

Speaking at a townhall event Wednesday, the former governor of Florida blamed President Obama for the rise of Islamic State militants in the Middle East, prompting a student to confront him afterwards.

Bush responded by asking her if she had a question.

“You don’t need to be pedantic to me, sir,” the University of Nevada college Democrat replied.

Ziedrich eventually did get around to asking a question, with Bush explaining his position before acknowledging that they “respectfully disagree” on the issue.

“We can rewrite history all you want but the simple fact is that we’re in a much more unstable place because America pulled back,” he said before pulling away.