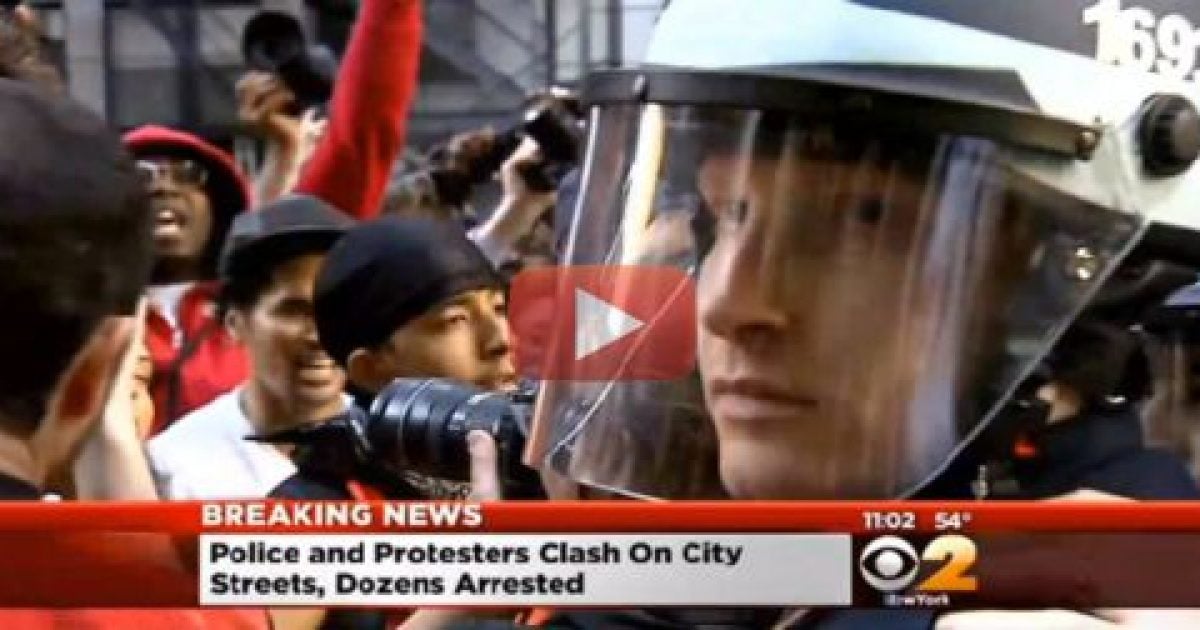 Trying to take advantage of national attention given to riots in Baltimore, anti-cop demonstrators started “solidarity protests” throughout the country overnight on Wednesday, wreaking havoc and shutting down traffic.

Thousands of marchers were reported in the streets of Boston, Minneapolis,Houston, Denver and cities in between to demonstrate against the death of Freddie Gray who died April 19 of spinal injuries he suffered in police custody.

Some of the most disruptive rallies took place in New York City, where unruly mobs put a stranglehold on city streets eventually shutting down the Holland Tunnel – be damned the single mother trying to get home to her kids after a long day’s work, or the doctor on his way to perform emergency surgery, or anyone else who might have some place urgent to go.

Reporters told CBS2 New York that clashes between police and demonstrators became more physical than the confrontations that took place on Tuesday in Baltimore – a day after the largest riots – as several hundred protesters left Union Square and swarmed streets despite police orders.

“We would like to march. These are our streets.” CBS8 radio reported several hundred arrests and pushing matches between rioters and police. Some of which had children caught up in the melee.

The Port Authority of New York and New Jersey police ended up shutting down the outbound side of the Holland Tunnel. According to CBS2, protesters then took over the West Side Highway where they reportedly threw bottles at officers.

The night’s activities resulted in the arrest of over 100 demonstrators in New York City, and one commanding officer suffering minor injuries after being hit with a flying object, according to CBS2.

1000s marching in NYC, Boston, Minneapolis, Houston and other US cities in solidarity with Baltimore protests over death of Freddie Gray. — ABC News (@ABC) April 30, 2015

Protests popped up all over including Houston Texas where several people were reportedly yelling, “F*** the police!”

According to social media reports, Minneapolis had some of the largest protests outside of NYC.

Demonstrators marched all the way up to the White House.

“Whose house? Our house!” #FreddieGray pic.twitter.com/c6uSwA0Sy3

Explosive report: Baltimore man might have intentionally injured HIMSELF in police van

Sherriff Clarke: Why are surprised at sub-human behavior in American ghettos? Lib policies created it