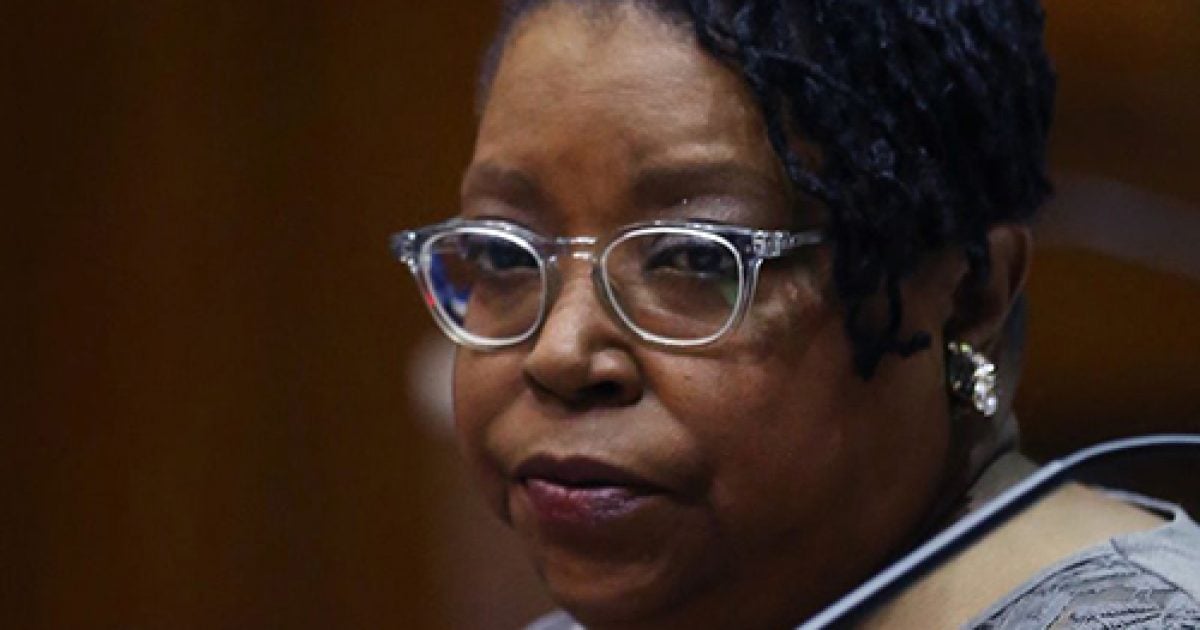 Proving that the race card has no bounds a Democrat Indiana lawmaker has accused an 18-month-old of being a racist.

While debating the controversial “Religious Freedom Bill” recently signed into law by Indiana Gov. Mike Pence, Rep. Vanessa Summers said the toddler, who is the son of her colleague Republican Judson McMillin was afraid of her because she’s black.

“He looked at me like I was a monster and turned around and cried,” she said. “And I told him you need to introduce your child to some people that are dark-skinned so he will not be scared.”

Now anyone who’s ever met a baby knows they sometimes cry when they meet strangers, or Santa Claus, or the Easter Bunny or because, you know, they’re babies and they just cry sometimes.

But not in the mind of Summers.

In her mind this baby was a racist who could only have cried in response to her black skin.

“I told Jud McMillin I love his son, but he’s scared of me because of my color. It’s hard,” she said to the sound of gasps from her colleagues who likely couldn’t fathom a dumber statement being made by an elected official.

Her colleagues seemed to groan at the insanity of her claim, according to the Indianapolis Star.

McMillin took the high road in response to the claims.

“It’s just incredibly unfortunate. You’d like to think that we would have professional discussion on the House floor and certainly be able to avoid having 18-month-olds in the discussion,” McMillin told the Star. “I can tell you that if he reacted the same way he reacts with anybody brand new, he buries his head in his dad’s shoulder. Whoever it is, it’s what he does. He’s an 18-month-old kid; he’s in a new environment up here in the place like the Statehouse but doesn’t know anybody. I honestly don’t remember anything out of the ordinary.”

The Twitterverse responded to the absurd statement accordingly.

It’s nice to see Indiana electing special needs adults to its legislature. It’s the only explanation for Vanessa Summers comments…

::::facepalm:::: Vanessa Summers CANNOT BE SERIOUS. Nobody is that stupid, right? http://t.co/xCJQw8yOXJ pic.twitter.com/aDS9i4rcPy

There are plenty of reasons a small child would be afraid of State Rep. Vanessa Summers, her race isn’t one of them though….

.@inhsedems so do all of you feel this way, or is Vanessa Summers just bat-shit crazy??

Maybe it wasn’t that she was black but she was a mean, scary Democrat!

HT/ Chicks on the Right