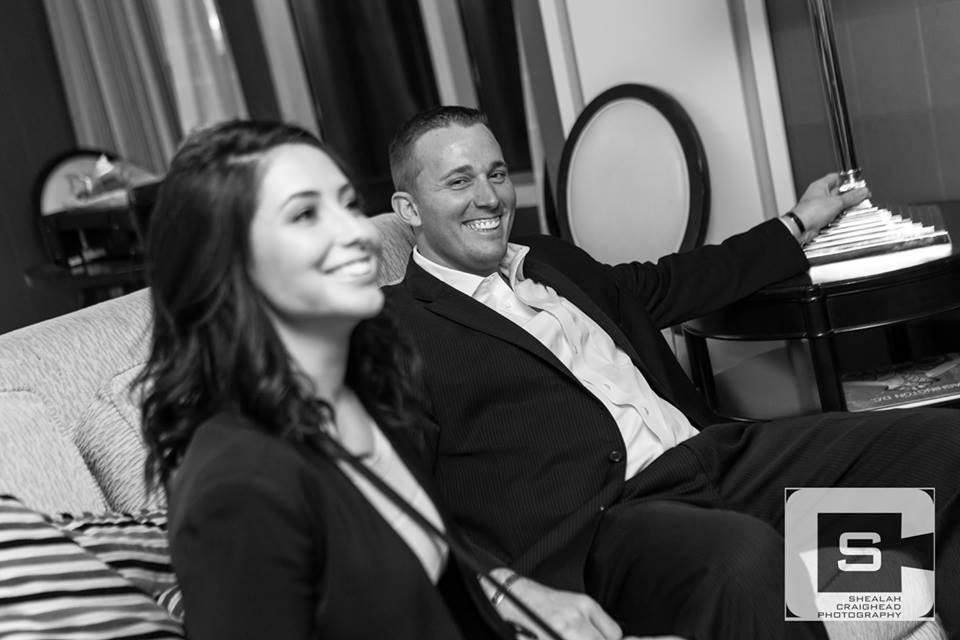 Meyer, 26, was awarded the highest U.S. award for bravery for saving the lives of 36 of his fellow soldiers during an ambush in Afghanistan in 2009, according to NBC News.

“He’s wonderful with Tripp and I’m so proud to be marrying him,” the bride-to-be wrote on her Patheos.com blog.

“He’s so romantic! He asked me to marry him at a Rascal Flatts concert,” Palin added. “The lead singer, Gary LeVox, dedicated ‘Bless the Broken Road’ to us, and Dakota got down on one knee and proposed!”

Palin, 24,  shared the happy news with her followers on social media:

The former governor of Alaska explained on her own Facebook page that the couple met last year when Meyer, whom she describes as a “good and kind man,” was in Alaska to film an episode of Palin’s reality TV program “Amazing America.”

“Our families couldn’t be happier for Bristol and Dakota!” Palin wrote.

“Yes, God working behind the scenes to turn beauty from ashes,” she said. “Had tough circumstances in their lives not occurred, and had they reacted differently to those circumstances, they’d have never met.” The proud mom also shared the news on Twitter, and as you might expect, the hate-fest began in earnest.

Here is a sampling of the responses::

@SarahPalinUSA ANOTHER out of wedlock child? Glad they’re republican or else you’d decree that they’re contributing to society’s downfall

@CBSNews Taking a break from barfights?

.@CBSNews what, apple pie was not involved?

@CNN Marrying into THAT? Well, he does have combat experience. That’ll help.

@CNN I pray that poor guy is on plenty of PTSD drugs… He’d have to be to marry into that hot mess of a family.