They sound like warfare techniques, but  Miss Lebanon is claiming they were used by Miss Israel in an effort to capture what has become an infamous Instagram selfie in the midst of the Miss Universe pageant preparation.

Richard Pharaon, Miss Lebanon’s agent has claimed that Miss Lebanon was forced to run away from Miss Israel who chased her in a desperate attempt to capture a controversial, and what is considered in Lebanon to be an illegal selfie, the Daily Mail reported.

According to  Pharaon, “It was 100 percent deliberate. I can confirm that it was organized and planned since November 2014. Miss Israel was trying from the beginning to reach Saly and to have a selfie with her during the 20 days they stayed there.They were both sitting together once at the Marriott Hotel and Miss Israel came and asked Saly to have a selfie with her. Saly refused, of course, since she’s perfectly aware of the conflict with Israel, and the whole situation in Lebanon.”

Miss Universe pageant owner Donald Trump has taken on the role as an international peace maker amid the controversy surrounding the selfie that Miss Israel, Doron Matalon, posted,  featuring herself and Miss Lebanon, Saly Griege, with other contestants.

The Donald also took to Instagram and posted a video in which he condemned the cat fight between the two pageant contestants, urging them to stop fighting.

On Wednesday, Trump had the following message for the two contestants.

“Miss Israel and Miss Lebanon are fighting like cats and dogs. It shouldn’t be happening. They’re at the Miss Universe pageant. We bring people together. Let’s get together. No more fighting.”

In Lebanon it is illegal for Lebanese citizens to fraternize with Israelis.

While the women may be able to be cordial with one another outside of their home countries, Griege’s fellow countrymen feel that their relationship is scandalous. Miss Lebanon took to Facebook to calm her fans who criticized her for associating herself with her Israeli competitor.

To all my supporters and Lebanese citizens, I would like to thank you indeed for your continuous support of Miss Lebanon at the Miss Universe contest… The truth behind the photo, since the first day of my arrival to participate to Miss universe,I was very cautious to avoid being in any photo or communication with Miss isreal, who tried several times to take a photo with me. I was having a photo with Miss Japan, Miss Slovenia, suddenly Miss Israel jumped in and took a selfie, and uploaded it on her social media. This is what happened and I hope to have your full support in the Miss Universe contest

“It doesn’t surprise me, but it still makes me sad,” she wrote. “Too bad you can not put the hostility out of the game, only for three weeks of an experience of a lifetime that we can meet girls from around the world and also from the neighboring country.”

The 63rd Miss Universe pageant will be hosted in Doral, FL at Florida International University on Sunday, January 25. The event However, the newly renovated Trump National Doral will be hosting the contestants and is the location for several pageant events. 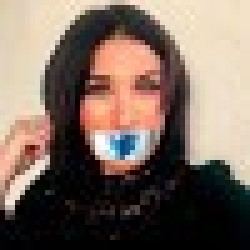