The most interesting constitutional amendment on the Nov. 4 ballot seeks to allow medical marijuana.

In May, the amendment looked like a shoo-in, until a Quinnipiac poll claiming support from 88 percent of Floridians was debunked as flawed.

When polling on amendments to the Florida Constitution, accuracy requires asking the question as it would appear on the ballot. The Quinnipiac poll didn’t do that, and so its 88 percent support estimate was roundly questioned.

Polls taken over the past few weeks are showing support for the amendment is quickly waning, with estimates below the 60 percent needed for passage. Three polls released this week showed support in the low 50 percentile.

So what happened? Well, several things, like revelations over five big loopholes the amendment would allow because of its poor wording and vagueness.

During arguments before the Florida Supreme Court, the proponents’ attorney said Floridians should be able to buy marijuana for a sore throat, insomnia or loss of appetite. Those aren’t debilitating illnesses.

Second, the amendment would allow access to medical marijuana for teens and children – not under a doctor’s prescription, but if a vague category called “personal caregivers” deems it necessary.

To qualify as a caregiver, according to the amendment, one need only be over the age of 21. So that means a drug dealer, a former felon, even a sexual predator could be a caregiver.

To make matters worse, the amendment’s authors added a ludicrous limitation that the caregiver can only provide pot to five people.

How in the dickens do you enforce that? How will the government know that caregivers haven’t given it to six people, or 56 people, or 156 people?

They won’t, and that’s the inevitable problem. It’s not the “good” caregivers I’m worried about; it’s the “bad-actor” caregivers who give me the shivers.

Third, this amendment affords immunity to an entire industry. It says the grower, recommender (the doctor), caregiver and smoker can’t be sued for criminal or civil matters, or even “sanctioned,” except in the case of an accident with a car, boat or plane.

Have you ever heard of an entire industry given immunity from liability? Neither have I. What justification is there for giving blanket immunity? None.

Fourth, the amendment will allow “pot shops” all around the state. In fact, the Florida Department of Health estimates that nearly 2,000 pot dispensaries would dole out marijuana to 250,000 caregivers for over 1.25 million patients.

And we thought “pill mill” doctors were a huge problem? This amendment would create an even bigger problem on a massive scale with little to no real enforcement.

Finally, this amendment only requires a doctor’s “recommendation” — you can’t prescribe the drug because it’s still against federal law.

So once again, we’re going to allow some unscrupulous doctors, likely for a monetary fee, to examine anyone who comes in complaining of pain, a sore throat or whatever and send them away with a recommendation for pot.

Proponents argue that it’s about compassion and easing the pain for people who are near the end of life.

But that’s not where they’re trolling for support.

Last week, the Pot Bus Tour went to college campuses around the state.

If the measure is about debilitating illnesses, shouldn’t the bus have gone to assisted-living facilities, hospice care centers and senior citizen housing complexes? That’s where you’ll most likely find many of the people with debilitating, life-threatening diseases.

No, this is all about getting young voters hyped up about the possibility of weed being legalized for any “other conditions.” And they hope those young voters will vote for Charlie Crist.

“Chain Gang” Charlie, who was once against it, is now — surprise, surprise — for it!

Six newspapers have already opined against Amendment Two, including the Tampa Bay Times, which called the amendment poorly worded and overly vague. 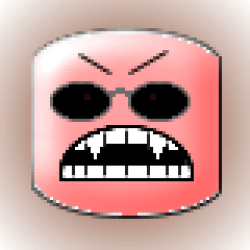