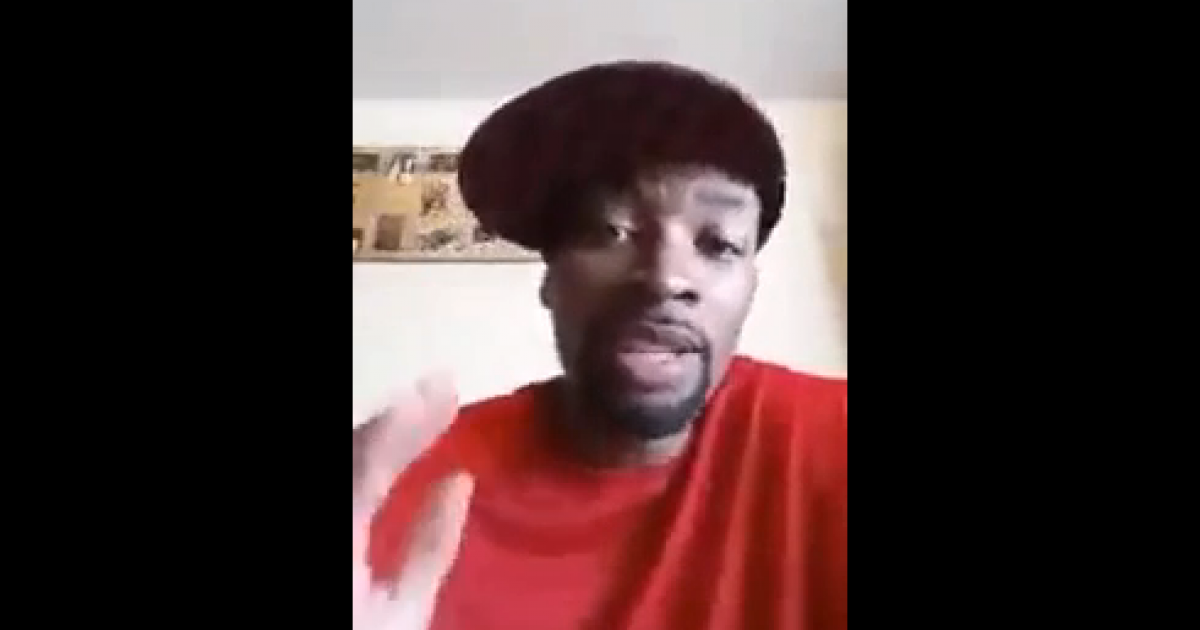 On the heels of racially-motivated protests in Ferguson, Mo., and New York City, one black man has issued a profound challenge to African-Americans: “Take some personal responsi-damn-bility.”

If only Jesse Jackson and Al Sharpton would deliver the type of message that Frederick Wilson II posted Monday on his Facebook page, “I’m Just Sayin.”

“Be the change,” Wilson wrote above his video. The rant goes on for just over four minutes, addressing slavery and racism, and telling the black community to stop blaming others for everything.

“Black people: It is 2014,” he says in the video. “Hate to break this to you, but if your life is messed up, it ain’t because of slavery…Slavery ended a long time ago.”

“Civil rights, fifty years ago. I don’t know if y’all know this: we won. Google it.”

Wilson encourages others to do something about the circumstances in their life.

“So in 2014 if your life is messed up, look in a mirror, figure out what you’re doing, what you’re not doing, take some personal responsi-damn-bility for yourselves, for your lives,” he said.

“If you live in a messed up neighborhood, let me give you a little advice: stop messing it up,” he says. “Ain’t no rich white man sneaking into the neighborhood in the middle of the night, spray painting graffiti, peeing in the hallways. George Bush ain’t out in the neighborhood selling crack on the corner.”

Sounding hauntingly conservative, Wilson has the audacity to tell “his people” that if they want a better life, they must work for it, saying, “Get an education, get a job, better yourself, better your situation.”