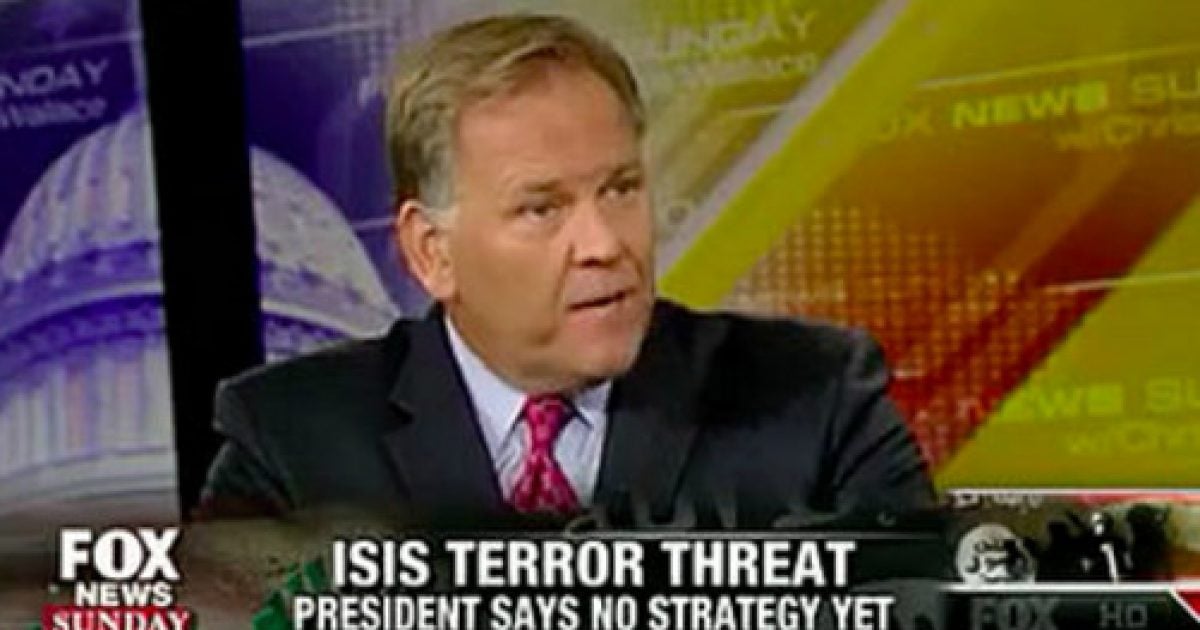 That’s not encouraging when it’s one of the top foreign policy chairmen in Congress talking about the administration of a United States president. But it’s tough to argue with – particularly when the president himself admitted on Thursday that “we don’t have a strategy yet” for dealing with the terrorists calling themselves the Islamic State who have overrun huge swaths of Syria and Iraq.

From any president, such an admission would be puzzling. From a man who spent a well-publicized two weeks playing incessant golf, attending jazz concerts and otherwise frittering away the dying days of summer like an entitled teenager, it’s damning.

But for Rogers, it was not surprising. And worse, it’s come to be expected of the country that’s supposed to lead what used to be called the Free World.

“We find it consistent with his past policy and actions on foreign policy,” the Michigan Republican told Chris Wallace on “Fox News Sunday.”

“It exemplifies that his foreign policy is in absolute free fall. You look at China, ISIS, Russia, Iran, North Korea — we have a serious host of problems presenting itself, and our traditional allies are now standing up and saying maybe America is not the best ones to lead us through the troubles.”

Obviously playing devil’s advocate, Wallace asked Rogers if the White House wasn’t justified in playing it safe and sending Secretary of State John Kerry and Secretary of Defense Chuck Hagel to court allies in Europe and the Middle East.

“What’s wrong with taking your time and getting your ducks in a row?” he asked.

That time has come and gone, Rogers answered.

“The problem is, the clock didn’t start with the beheading of American journalist,” Rogers replied. “That was just a symptom of what was a long and growing problem for the United States. So it’s not wrong. It’s just very, very late in the game. And it presents fewer options.”

Check out the video here, via the Daily Caller.