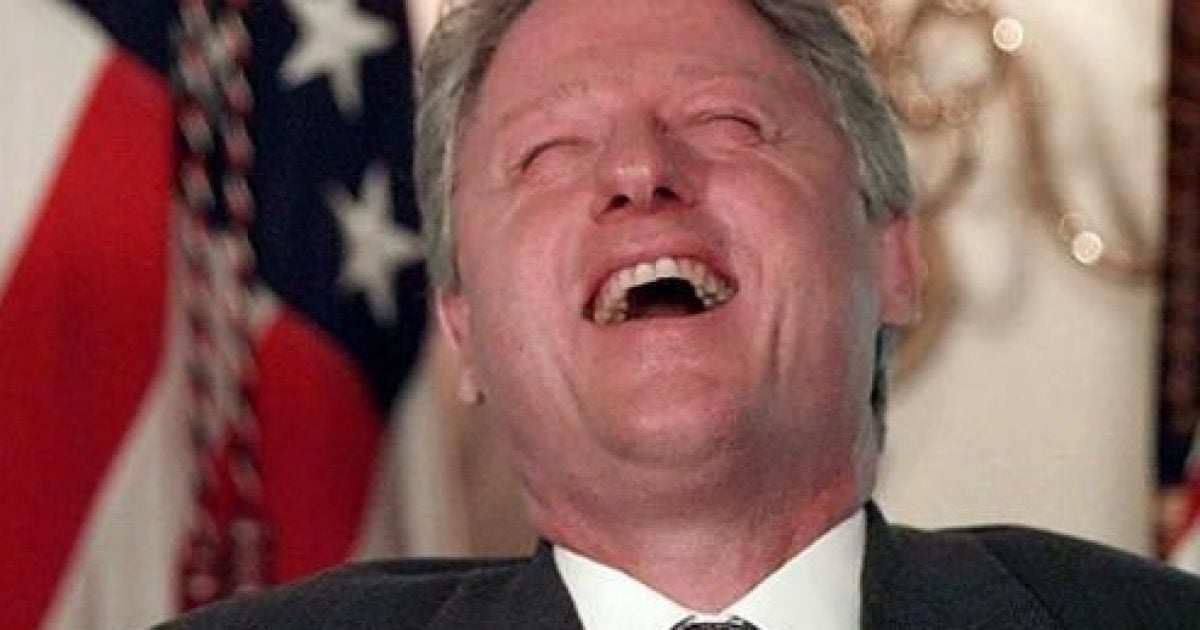 While discussing whether Bill Clinton would be a plus or a negative for Hillary Clinton’s presidential ambitions, Fox News Sunday panelist George Will said folks may have seconds thoughts about the former president being in the White House again.

“He’s a plus until people think of him wandering the corridors of the White House footloose, fancy-free, and bored,” Will deadpanned.

Keep in mind, the last time Bill was in the White House with nothing to do was during the government shutdown in 1996 — an intern named Monica Lewinsky showed up with pizza, and the rest is history.

Will’s remark came after host Shannon Bream highlighted a recent Fox News poll that found Americans would rather spend their summer vacations with the Clinton family than the Obama family.

Panelist Liz Cheney was skeptical, saying “if you’re hanging with the Clintons, it’s going to be a circus.”

“And I think this goes to Bill Clinton as well,” she said, before pointing to his behavior.

“And not that [people] should blame Hillary for that, but more, do you really want that person living in your White House again?” Cheney asked.

“Who would have predicted this in 1999, but a poll recently out from the Wall Street Journal, Bill Clinton, related to other world leaders, he and the pope tied — the pope — tied in terms of their approval rating,” Walter said.