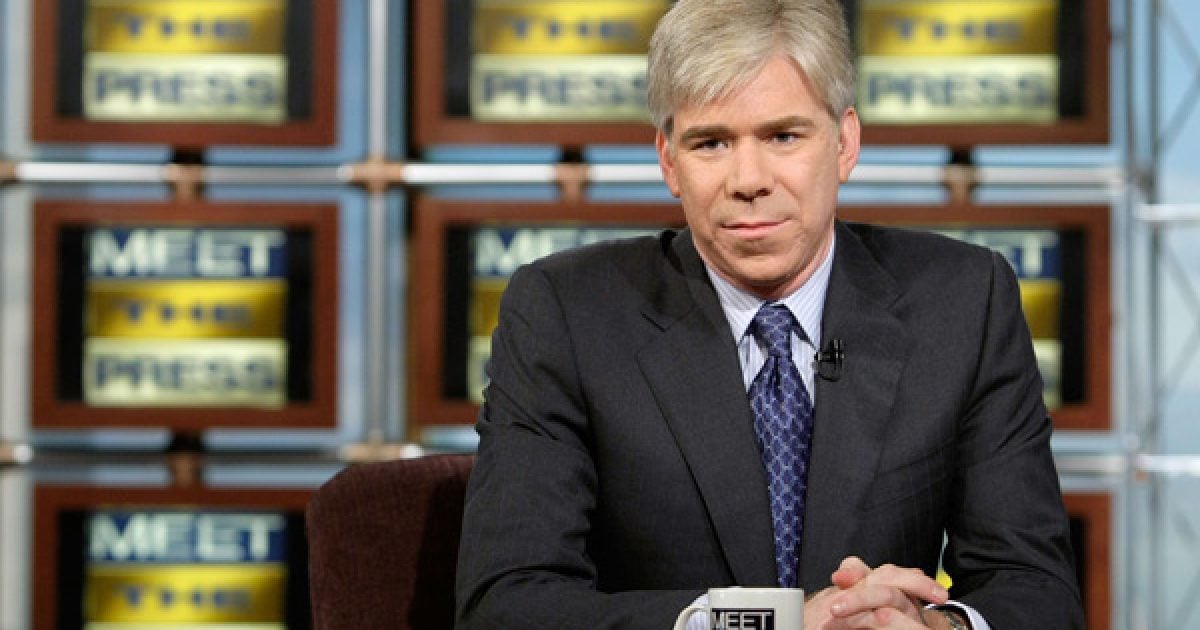 While it may not compare to a “dead man walking,” the phrase assigned to a prisoner on his way to the gallows, “Meet the Press” moderator David Gregory is being called a “dead head talking.”

In response to a claim by “Page Six” that the NBC host’s time is almost up, Daily Beast columnist Lloyd Grove was eager to comment on “which ambitious on-air personality will dislodge Gregory from the anchor chair.”

But it appears to be a foregone conclusion that Gregory is done.

“In multiple conversations that I had with people inside and outside NBC after the item appeared, it was taken as a given that Gregory is toast,” Grove wrote.

Once the top rated show on Sunday, Meet the Press now consistently lags behind ABC and CBS.

Amid the sliding ratings, in large part due to being in the unenviable position of following Tim Russert, Gregory received the dreaded vote of confidence from the president of NBC a few months back.

When contacted this week by Page Six on the talk that Gregory is in trouble, a “spokesperson” for the network didn’t exactly give a full-throated endorsement: “We heard the same false rumors and suggest you take them with a grain of salt, as we did.”

If Gregory was indeed their man, you’d expect to get a hearty “fuhgettaboutit.”

As for potential replacements, Grove echoed the assessment of Page Six:

And before you groan, keep in mind that the two men consistently beating Gregory are ABC’s George Stephanopoulos and CBS’s Bob Schieffer. ‘Nuff said!