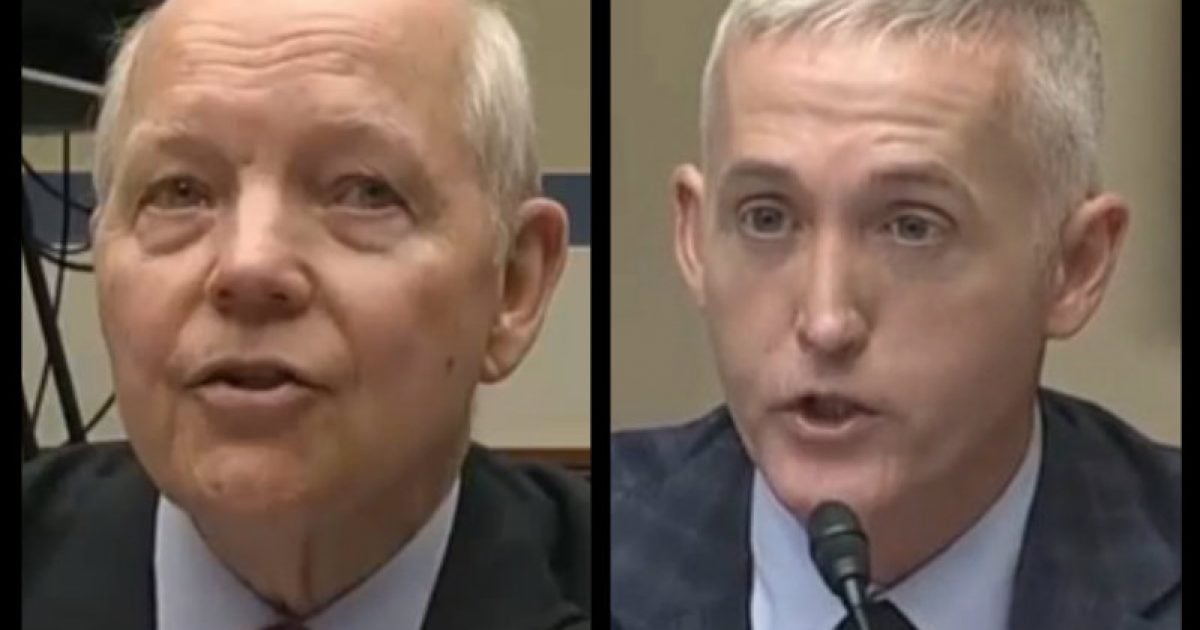 Rep. Trey Gowdy wiped the smirk off IRS Commissioner John Koskinen’s face Wednesday during a scathing confrontation that marked the highlight of Koskinen’s third appearance before the House Oversight and Government Reform Committee.

At issue was Koskinen’s testimony before the committee in June in which he said he had “confirmed” that backup tapes of former IRS official Lois Lerner’s email had been recycled, making it impossible to recover emails the committee is seeking.

Lerner’s missing emails are a key part of the committee investigation that the IRS had targeted conservative groups seeking tax-exempt status for extra scrutiny.

On Monday, the panel released testimony from another IRS employee who indicated it is possible some information from Lerner’s computer might be retrievable from backup tapes after all.

Gowdy:  “What does the word  ‘confirmed’ mean to you?”

Koskinen:  “It means that somebody went back and looked, and that all backup tapes had been recycled.”

Gowdy:  “Are you still ‘confirmed’ that no backup tapes exist?”

Koskinen:  “At this point I have no basis for not being ‘confirmed’. I do understand that the IG [Inspector General] were looking at tapes…”

Gowdy: “Mr. Koskinen … here’s a piece of advice I would give. If the folks like Lois Lerner and others would have spent more time working on the backlog [of tax exemption applications], more time working on their caseload and less time targeting groups and less time trying to overturn Supreme Court decisions they didn’t agree with, maybe morale would be better and maybe their backlogs would be lessened.”