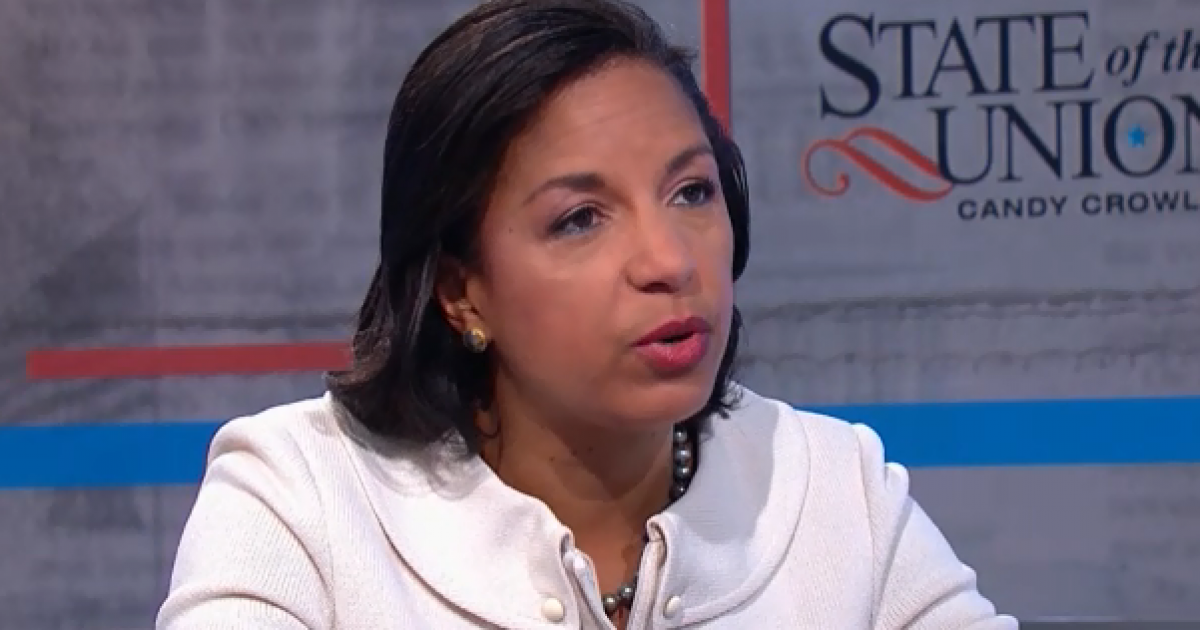 National Security Adviser Susan Rice made the rounds on Sunday news shows explaining how the release of Sgt. Bowe Bergdahl in exchange for five terrorist prisoners held in Guantanamo Bay did not break the law.

ABC’s George Stephanopolous asked Rice on “This Week” whether the president violated the law by not communicating with Congress of his intention to negotiate the release without the required 30-day notice.

Rice said that the U.S. had been negotiating for the past five years to get Bergdahl released, and cited his declining health as the reason for the urgency of acting without the approval of Congress.

“What we had to do and what we did do, consistent with the president’s constitutional authority as commander in chief, is prioritize the health of Sergeant Bergdahl,” Rice replied. “We had reason to be concerned that this was an urgent and acute situation, that his life could have been at risk. We did not have thirty days to wait, and had we waited and lost him, I don’t think anybody would have forgiven the United States government.”

CNN’s Candy Crowley asked Rice on “State of the Nation” if this type of negotiation set a bad precedent for other soldiers in the Middle East.

Rice brushed off the possibility of another abduction to get more prisoners released from Guantanamo, because the Obama administration already has prioritized his commitment to close the prison.

“So there was a conscious decision to break the law as you know it, dealing with the detainees in the release of them,” Crowley said.

Rice denied breaking the law, pointing to consultations between the Dept. of Defense and the Dept. of Justice, which led Obama to decide it was appropriate and necessary to act to get Bergdahl home.

Watch the segment with Crowley here: