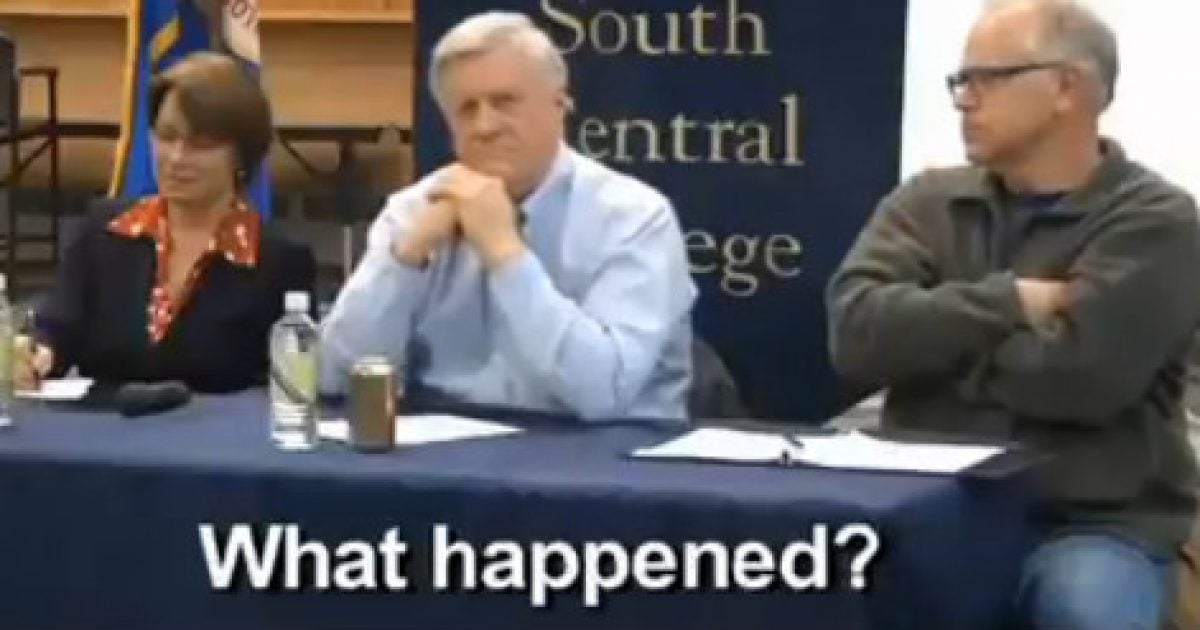 Two Minnesota Democrats were left speechless during a town-hall meeting when they were asked a pretty straightforward question: “I thought the Affordable Care Act would save $2,500 per family,” a man asked Wednesday in Mankato, Minn., according to KEYC Channel 12.

Silence followed, then laughter. And it was a damning an indictment of Obamacare as can be found in deep-blue Minnesota.

“I voted, ‘no,’ so I’ll let these guys handle that,” Democratic Rep. Collin Peterson answered, both drawing a round of applause and tossing the ball to Sen. Amy Klobuchar and Rep. Tim Walz.

Walz finally came up with an answer, acknowledging some defects in Obamacare, but trying to take a weak offensive with “don’t pretend there was some type of safe harbor before this where everything was just peachy keen.”

Other than the fact that they apparently still say “peachy keen” in Minnesota, the answer was completely predictable – and completely beside the point.

The point was that Obamacare was sold on a mountain of lies – from the $2,500 per family savings to the “if you like your doctor etc.”

And the larger point is that two Democrats who were called to account by their constituents were stunned into silence, then laughed at, then left spluttering some lame argument for why they passed President Obama’s signature legislation.

If that’s the way the November elections are going to shape up, 2014 is going to be a very good year for the GOP.

“Everything wasn’t peachy keen before!” isn’t much of a battle cry — not even in Minnesota.

Check out the video. You’ll be laughing too.