Republican Party staffers and representatives will be free to try to talk sense into MSNBC hosts again after the liberal network’s president personally and publicly apologized for a Twitter post that branded conservatives as racists who hate mixed-race children.

On Thursday afternoon, MSNBC President Phil Griffin issued a statement saying the network had fired the writer of the post and noted that it had been deleted within hours of its appearance Wednesday night. 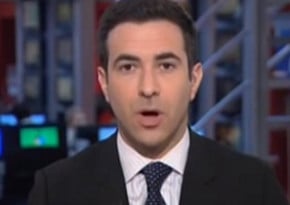 “We immediately acknowledged that it was offensive and wrong, apologized, and deleted it,” Griffin said in the statement, which was read verbatim by lefty anchor Ari Melber (it must have killed him. See the video below.)

“We have dismissed the person responsible for the tweet. I personally apologize to Mr. Priebus and to everyone offended.”

The statement came only hour after Republican National Committee Chairman Reince Priebus wrote Griffin demanding a public apology, announced that he was banning all Republican staffers from appearing on the network and requested all of the party’s members and surrogates to boycott MSNBC over the Twitter post.

In the letter, Priebus noted the post describing a new Cheerios ad was part of a pattern of rabidly anti-conservative bias at the network, and that “the entire network is poisoned because of this pattern of behavior.”

While it was good to see the RNC playing hardball with the “Hardball” network, MSNBC probably didn’t have much of a choice. With ratings so dismal its numbers need to be added to CNN’s just to come close to Fox News viewers, it’s clear the market for a laughably liberal network is already pretty limited.

Take away the possibility that a Republican would ever appear – even a Northeast RINO like New York Rep. Peter King  – and MSNBC would have an audience made up entirely of Rachel Maddow geeks and Al Sharpton gangs. (That’s not quite what TV folks call “the demographic.”)

So Griffin’s strategic appeasement will pay off with Republicans appearing on the network.

“That was the deal. Apology and corrective action,” RNC Communications Director Sean Spicer wrote in an email to Politico.

One thing that should be noted, though, is that the whole thing is a great example of how progressives really fight class warfare. If you’re an on-camera talent like Melissa Harris-Perry, who thoughtlessly and stupidly insults white families who adopt black children because their name is Romney, you get off with a tearful apology.

If you’re a nobody whose glorified gopher job is to send thoughtless, stupid tweets on the company’s Twitter account after business hours, you get fired.