Below is Thursday’s edition of the Florida Five – BPR’s picks for the top political stories from around the state:

Black Caucus cancels meeting with Scott: The Florida Legislative Black Caucus on Wednesday abruptly canceled its annual meeting with Gov. Rick Scott, a move the group said was meant to underscore its frustration with the governor. Read more.

Florida’s juvenile arrests reach lowest level in 30 years: Juvenile arrests in Florida have dropped 23 percent statewide since January 2011, and the number of arrests for delinquency is down 24 percent – the lowest it has been since 1984, according to a statement released by Gov. Rick Scott Wednesday. Read more.

Both sides in the casino battle Ramp up operations: Both advocates and opponents of increased casino activity in Florida unleashed new efforts on Wednesday as the business community’s leadership divides on the issue.Associated Industries of Florida (AIF) will put its integrated-resort advocacy behind a new campaign, “Best for Florida,” launched Wednesday. The campaign is part of a new multimedia effort to provide Floridians with facts about gaming in the Sunshine State, according to the AIF press statement, and “the tremendous benefits” establishing an integrated resort in the state would bring. Read more.

Statewide IT department in Florida’s future:  State lawmakers will again be asked to create a state information-technology department as focus builds on the troubles that plague Florida’s $63 million unemployment 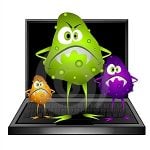 Low-income workers become collateral damage in minimum wage fight: Florida‘s minimum wage workers could soon get a raise, even if it costs many of them their jobs.As plans to increase the minimum wage to more than $10 an hour gains political momentum, Florida’s lowest-income workers, as well as many unemployed workers looking for jobs, could soon suffer the ill effects of the well-intentioned employer mandate, several experts say.“I normally support a strong minimum wage because I believe in social justice, but right now it’s a bad idea to increase it because the results would be counter productive,” Gerardo Martinez-Solanas, director of the South Florida nonprofit Democracia Participativa, told Watchdog.org. Read more.