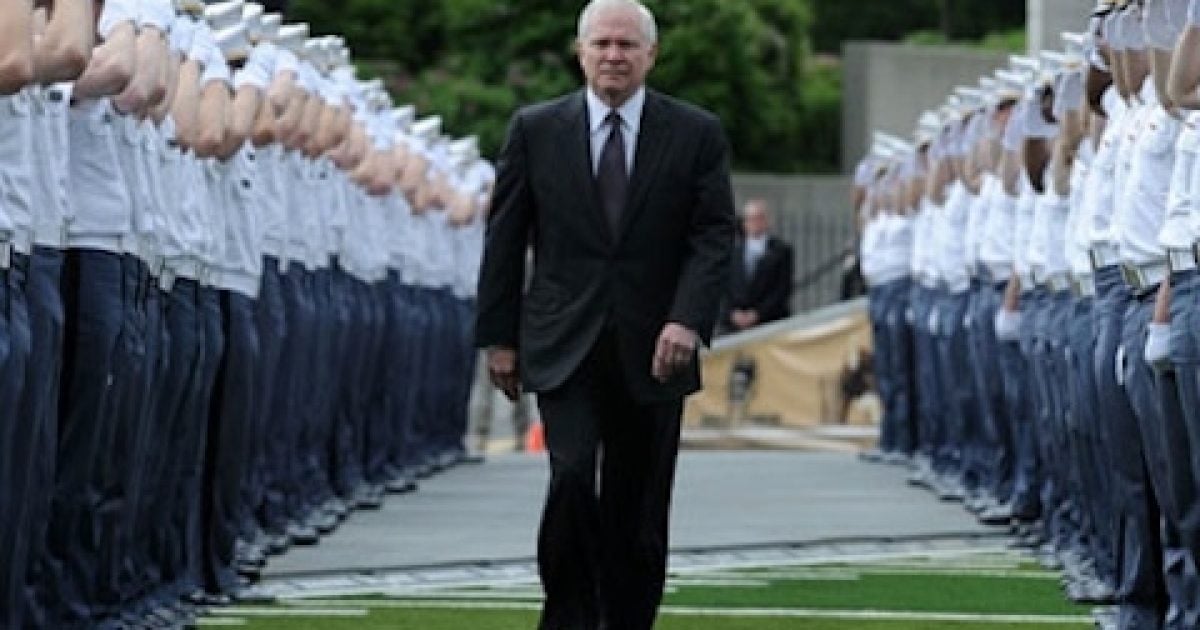 Former Secretary of Defense Robert Gates is turning the seat of power in Washington on its head with the publication of his book, “Duty: Memoirs of a Secretary at War.”

Although President Obama eventually ordered a troop surge in Afghanistan, he was “skeptical if not outright convinced it would fail,” according to Gates, who also served as defense secretary under George W. Bush, according to The Washington Post.

Two problems, he wrote, were the president’s lack of commitment to America’s Afghan mission and his distrust of top military brass.

“All too early in the [Obama] administration,” Gates wrote, “suspicion and distrust of senior military officers by senior White House officials — including the president and vice president — became a big problem for me as I tried to manage the relationship between the commander in chief and his military leaders.”

Inherent in the president’s distrust was his desire for total control.

“His White House was by far the most centralized and controlling in national security of any I had seen since Richard Nixon and Henry Kissinger ruled the roost,” Gates wrote.

Although he generally gave Hillary Clinton high marks, he said he was taken aback by admissions she and the president made in his presence.

“Hillary told the president that her opposition to the [2007] surge in Iraq had been political because she was facing him in the Iowa primary,” Gates wrote. “The president conceded vaguely that opposition to the Iraq surge had been political. To hear the two of them making these admissions, and in front of me, was as surprising as it was dismaying.”

Obama wanted to announce a fixed date for troop withdrawal from the Middle East, which Gen. David H. Petraeus told the media he opposed. At the time, Petraeus was the central commander of the Iraq and Afghanistan wars.

At a March 3, 2011, National Security Council meeting, Gates writes, the president opened with a “blast.” Obama criticized the military for “popping off in the press” and said he would push back hard against any delay in beginning the withdrawal.

According to Gates, Obama concluded, “ ‘If I believe I am being gamed . . .’ and left the sentence hanging there with the clear implication the consequences would be dire.”

“I was pretty upset myself,” Gates wrote. “I thought implicitly accusing [Petraeus] of gaming him in front of thirty people in the Situation Room was inappropriate, not to mention highly disrespectful of Petraeus. As I sat there, I thought: the president doesn’t trust his commander, can’t stand [Afghanistan President Hamid] Karzai, doesn’t believe in his own strategy, and doesn’t consider the war to be his. For him, it’s all about getting out.”

Gates recounted the White House’s numerous breaches of faith — most with politics playing the lead role. Not surprising, I suppose, coming from the consummate politician.

“I felt that agreements with the Obama White House were good for only as long as they were politically convenient,” Gates wrote. Non-military staff had a habit of “talking about military options with the president without Defense being involved.”

Gates said he felt compelled to leave instructions to the Pentagon, telling military officers: “Don’t give the White House staff and [national security staff] too much information on the military options. They don’t understand it, and ‘experts’ like Samantha Power will decide when we should move militarily.”

Although “duty” at times includes praise for the president, the distrust and pettiness comes through. For Obama, it wasn’t about fulfilling his role as commander in chief. From Day One, it was all about winning re-election in 2012. It was about putting politics ahead of policy.