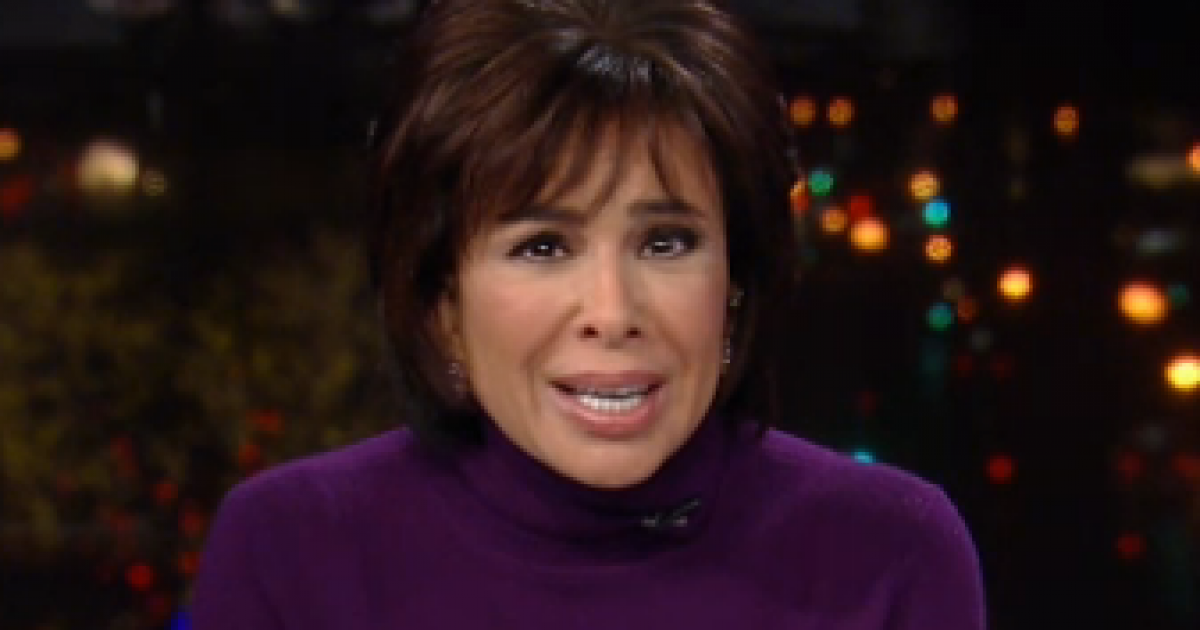 Judge Jeanine Pirro made it clear the Obama administration hasn’t changed in the new year, slamming its rocky start and its attack on Catholic nuns.

Pirro had one resolution for herself and one for her country, she said at the opening of her Fox News show Saturday.

“For 2014, I wish for the United States to regain its position as the leading world power, one that is both respected and feared, one whose kindness is not mistaken for weakness,” she said. “A nation that means what it says, and says what it means.  Not one that whimpers and dithers and certainly not one that emboldens our enemies.”

The United States should be a “beacon for freedom,” Pirro said, but only for those who work for it and obey the law.

Pirro ticked off a laundry list of what she would like to see in a president, describing someone who is respected, who doesn’t lie, who puts the American people over politics and who isn’t always on the wrong side of foreign policy.

She wants a “government that respects religious freedom,” she said, then went after Obama for his treatment of Catholic nuns, saying:

Mr. President, now that you’re back from your Hawaiian vacation (how’s that handicap?), you come back and you try to take away from the Little Sisters of the Poor — a 175-year-old religious organization caring for low-income elderly and dying — their right to exercise their First Amendment freedom of religion.

You promised the Catholic Church you would not — under Obamacare — force those with religious objection to provide contraception to employees, which is contrary to their fundamental beliefs, and their exercise of their religion. In spite of your promise, you are spending millions in legal fees to force the Little Sisters of the Poor — who spend their lives serving the sick and the elderly — to provide contraception, sterilization, and abortifacients to their employees.

Pray tell, Mr. President, might you have lied to the Catholic Church? And now you want to sanction one home $6,700 a day? What don’t you understand about poor?

Even Muslim felons in federal prison are allowed to exercise their First Amendment religious freedoms without fear of punishment, Pirro said.

Singer Charlie Daniels: Only people with guts to face down Obama is a group of nuns