A Republican Party struggling to connect with younger voters during the Obama Era needs to do a better job on the message everyone can understand. “People are waking up,” said Brittany Bruce, 26m president of the Palm Beach County Young Republicans. “You need more than an education. You need a job.”

And, just as important as showing the money, show them how they’re getting shortchanged by the Obama Democrats – on everything from their pocketbook issues to their individual rights. That means moving beyond the glittering distractions of social issues.

“Voting Democrat is not helping your cause,” Bruce said.

That’s not to say Republicans need to abandon the social issues, but honest people can disagree honestly. The important message for a political party trying to win elections to build the kind of society young Americans actually want, not the kind Democrats aided by a liberal media keep trying to convince them they want.

And that freedom has nothing to do with faux Democrat aspirations like keeping young people on their parents’ health insurance – in effect infantilizing young adults well into their 20s. It’s the red-tape equivalent of living in the basement playing video games. “They don’t want to be on their parents’ health insurance until they’re 26 years old,” said Ryan Reiter, 27, vice president of the Broward County Young Republicans. “That’s not what any 26-year-old wants to do.”

What 26-year-olds want to do is be a self-supporting member of society, planning their own future and responsible for it, Reiter said.

“That’s really what my generation hungers for,” he said, echoing the generations of young Americans going back to the founding. “They want to start their own homes and their own American Dream.”

And that message keeps getting drowned out in a media environment that keeps saying exactly the opposite: that what young Americans really want is for some government somewhere to take care of them.

“It’s a really tough environment to be a conservative, to be a Republican,” said Steve Avila, 24, secretary of the Palm Beach County Young Republicans. 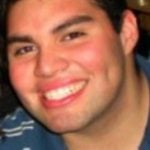 “The Democratic Party has done a great job of pushing the wedge issues into the forefront,” Avila said – and doing it “at the expense of bread-and-butter issues.”

And that hurts the Republican cause among younger voters who confuse the Democrat stance on “freedom” in issues such as gay marriage with its essentially authoritarian stance on just about everything else, Bruce said.

“By definition, there’s nothing free about liberalism other than the social issues,” Bruce said. “More government means less freedom. It’s not even an argument.”