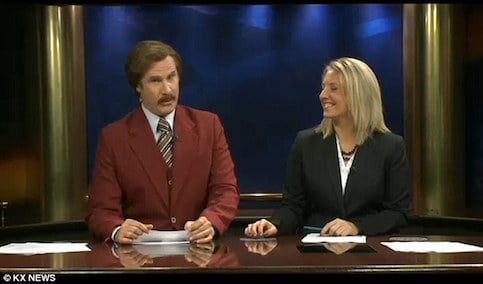 Ferrell was in character as Ron Burgundy for the evening KX News broadcast Sunday. Video of the show has since gone viral.

The famous funny man, who cut his comic teeth on “Saturday Night Live,” seemed to take the whole thing way too seriously, but in an outlandish, scotch-guzzling, Burgundy kind of way.

The Anchorman character is known for putting the moves on blonde co-anchors, so one wonders if his KX co-anchor, Amber Schatz, got away unscathed.