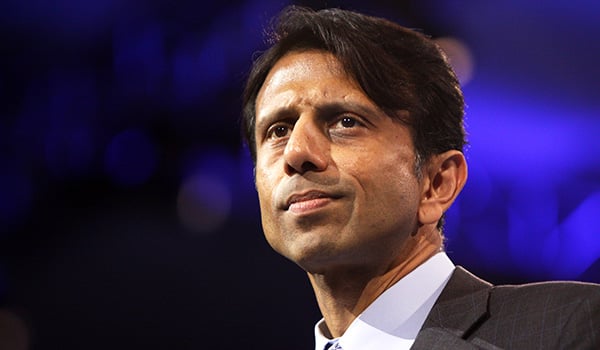 Louisiana Gov. Bobby Jindal and his administration took steps late Wednesday to strip food stamp benefits from those who loaded up their shopping carts knowing they had insufficient funds in their Electronic Benefits Transfer accounts during a system failure in October.

As a result of the temporary outage, over 12,000 transactions in Louisiana showed non-sufficient funds once the system got back online and retailers were able to process the purchases, according to The Advocate.

The Oct. 12 computer glitch wasn’t limited to Louisiana. At least 17 states were affected, resulting in many shoppers overflowing their carts to take advantage of the outage.

Under Jindal’s new directive, recipients will lose benefits for one year, two years or permanently, depending on how many prior violations they have on their record.

The Jindal administration will start with the worst cases first, according to Suzy Sonnier, secretary of the state Department of Children and Family Services.

“We must protect the program for those who receive and use their benefits appropriately according to the law,” Sonnier said in a prepared statement, according to The Advocate “We are looking at each case individually, addressing those recipients who are suspected of misrepresenting their eligibility for benefits or defrauding the system.”

“The outrageous theft and fraud at several Louisiana retailers, including at the Wal-Mart stores in Mansfield and Springhill, is completely unacceptable,” Vitter wrote in a letter to the Jindal administration. “Like many citizens, I am appalled and believe there should be serious consequences for what occurred; so far, I have heard of none.”

Administration officials noted that the abuse affected retailers across the state.

“The recent over-the-top food stamp theft and fraud gave Louisiana and the program a real black eye. I’m certainly glad the state is acting on my urgent suggestion. I look forward to discussing the details with Secretary Sonnier in my upcoming meeting with her and Attorney General [Buddy] Caldwell,” Vitter said in a prepared statement published by The Advocate.

* * *
In Springhill, police detained a woman who pushed a cart with $700 in groceries up to a cash register despite having less than 50 cents on her food stamp card. Wal-Mart instructed police to release the woman without citing her.