Treasury Secretary Jack Lew put on a Baghdad-Bob-level performance for Fox News’ Chris Wallace on Sunday, but Wallace wasn’t buying it any more than the viewers could be.

Toward the end of a testy interview centered on the government shutdown, Wallace peppered Lew repeatedly with questions about the problems plaguing Obamacare’s implementation – and the exact number of Americans who signed up for insurance on the federal website during its first week of existence. 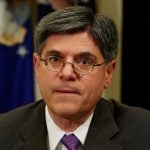 It was a first week of system failures that would have been a laughingstock of the media if anyone other than the nation’s first black president had been in charge of it.

To say a middle-aged man of Lew’s demeanor could “shuck and jive,” would be a stretch, but not much of one as he tried to reframe Wallace’s question.

“I actually think that is not what happened this week,” he said, basically denying what the whole viewing audience knew happened this week. “We saw 7 million people rushed to go on the website to find out what are their choices in this new marketplace.”

Oh, that explains everything.

And how many signed up? Wallace asked.

“Do you not know how many people have signed up … or is it that the number is embarrassingly small?” Wallace persisted.

Some minutes of bobbing and weaving later, Lew finally came up with the non-answer, “It’s obviously not my primary area of responsibility, so my knowing or not knowing is not going to be indicative.”

It takes a level of willful self-delusion Fox’s Wallace apparently isn’t capable of – much to his credit.

Check out the Obamacare segment of the Wallace-Lew interview here. It’s not reassuring for the administration, but it might make you feel better about the state of the media — the Fox media, anyway.