Well, maybe they didn’t say that exactly, but the White House was genuinely overjoyed when they learned 21-year-old Chad Henderson of Georgia had successfully navigated the gauntlet of HealthCare.gov. And it took him only three hours.

The White House turned to the mainstream media to promote Henderson, and for a brief shining moment, he was the administration’s poster boy.

Henderson was a young, handsome and seemingly healthy, strapping lad who was doing his patriotic duty by spending the better part of his day getting himself insured through the Affordable Care Act marketplace.

They were all over him: The Huffington Post, Politico, CNN, The Washington Post and Wall Street Journal.

Henderson was digging the coverage as he shared with his pals on Facebook:

“I’ve now been interviewed by The Wall Street Journal, Washington Post, Chattanooga Times Free Press, The Huffington Post, Enroll America and Politico!! Those stories will be published in the coming days. I have a press conference call with the U.S. Department of Health and Human Services later tonight. Also, local folks … my interview with Kimberly Barbour WRCB-TV will be aired TONIGHT at 5:30pm on WRCB Channel 3 Eyewitness News so be sure to check it out thanks for all your support.”

Yep, they were lining up to get at young Henderson who was going to pay 175 bucks a month for a Bronze plan. He also managed to get his dad to sign up at the same time. Apparently the family has not had healthcare since Chad was six- or seven-years-old.

But it turns out that Chad Henderson’s story is just about all fake and the mainstream media never picked up on the holes in his story. For example, it would be impossible for him to sign his dad up on the ACA web site.

One sensible journalist actually reached out to Chad’s father Bill Henderson. It seems it is not possible for multiple individuals to sign up at once and Mr. Henderson confirmed it just was not true.

“As of yet, however, the pair had not picked a plan or completed enrollment,” reported Reason’s Peter Suderman.

Well it turns out Chad is a bit of a prevaricator and there was one dead give-away early on that he might not be entirely be without motive. It seems those alleged journalists in their intrepid quest for an Obamacare success story missed a key element, and it came in one of Chad’s first Facebook posts:

“Long story short: they contacted me and my story will be published along with a video interview on the President’s official advocacy website, Organizing for Action, and could possibly make it on the White House website.”

You see, it seems Chad fancies himself a “political activist” according to his Facebook page, which also informs those interested that he is a volunteer for Organizing for Action.

These are facts you would think experienced journalists would see as important to reporting this story. Not so much.

As a wise old journalist told me once:

That’s not a fake quote. 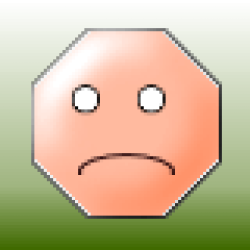 Steve McPartlin
Steve McPartlin has been in the broadcasting business for thirty years. He has been a sportscaster, news anchor, host, writer and producer. McPartlin was part of the team that created the TV shows A Current Affair and Inside Edition for which he was a correspondent and host. [email protected]