In the sort of creepy move you’d expect to see in Saddam Hussein’s Iraq or Kim-Jung-Il’s North Korea, high school bands in Oregon are being used as propaganda organs for Obamacare.

The Oregon agency behind Obamacare-promoting, taxpayer-funded ads that have garnered national attention for their hipster and trippy vibes defended the spots Wednesday.

And next up? The agency will be looking for high school marching bands to play the pro-Affordable Care Act anthem in a contest aimed at bringing more attention to the government-funded health care exchange.

That’s right. High school bands in Oregon are being asked to play Obamacare songs. The prize? A chance to play at the Oregon-Oregon State game in November: 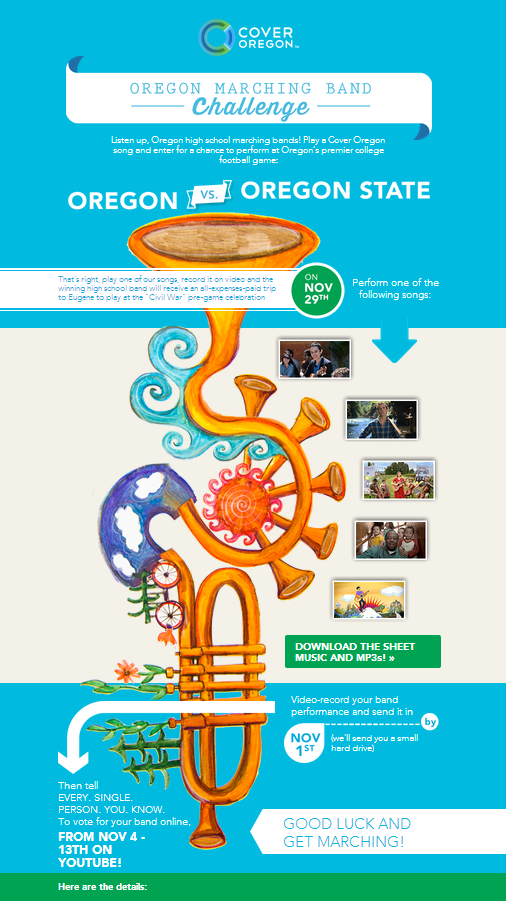 Liberalism may be a selfish, completely dysfunctional ideology that’s destroying America, but at least liberals can take comfort in the fact that they’re good at indoctrinating children.

Published with permission from RightWing News.