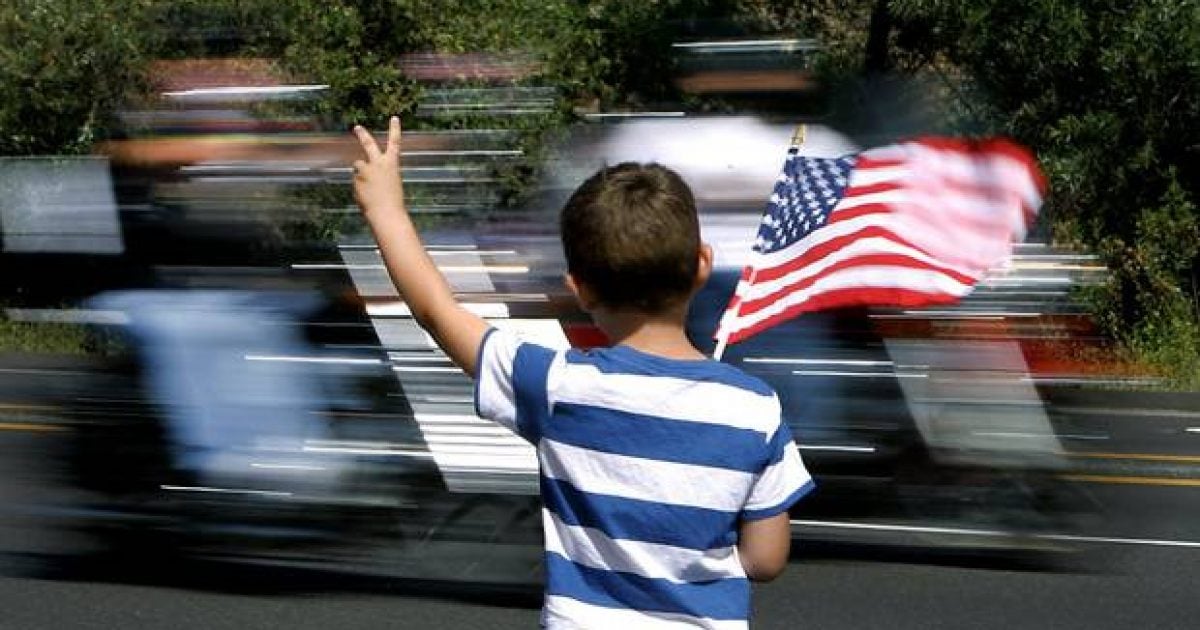 The countdown to Sept. 11 commemoration demonstrations by patriotic bikers versus a fringe Muslim “truther” group is taking shape, and despite some confusion about the technicalities, the court of popular opinion isn’t even close:

Denied a permit by the nation’s capital for a special “non-stop” ride through town with a waiver for red lights, stop signs and other traffic controls, organizers of the “2 Million Bikers to DC” ride to remember 9/11 are undeterred.

Just riding on a public street doesn’t take any special permission after all, even if you have a million people doing it. They just sought the permit to make life easier on the city’s residents and businesses.

So the ride will go on. It’s just going to take a little longer.

“We find this regretful for the residents and businesses of that great city, and humbly offer our apologies,” organizers wrote on Facebook  Saturday. “What could have been a one or two hour ride through will now likely be an all-day event. We will be obeying all laws. We will be stopping at all stoplights, stop signs, and yielding to all pedestrians.”

The ride’s route won’t be posted in advance for security reasons, but the lineup is set to begin at 8 a.m. Wednesday at the Harley Davidson of Washington (9402 Livingston Road, Fort Washington, Md.) with a blessing, Pledge of Allegiance and guest speakers.

(UPDATE: Organizers of “2 Million Bikers to DC” have been monitoring coverage of the event closely. In a comment on this story posted below, the group thanked the unofficial response from the Beltway-area police.)

We WILL ride as we did not really need a permit, but did apply for THEIR benefit. We were told by Sheila Gotha of the Permits DEPT. “This Ride Only event has been denied.” When asked why, her only response was “It’s a weekday and DC residents are not going to happy with you folks.”

We did our best to explain that IF we received assistance with road blocks, etc. it would be beneficial to the residents of DC as we would be able to get through in much less time. Her response, “Permit Denied”. NOW I will say almost every LEO Dept that was on that call did reach out to us afterwards. They were concerned as well, but MOST were VERY SUPPORTIVE! They were not able to help with road blocks, but wished us well!

Meanwhile, the Muslims have a permit, but how much of a protest is tough to predict.

The American Muslim Political Action Committee announced Saturday it had received a permit for the misleadingly labeled Million Americans Against Fear demonstration – formerly known as the Million Muslim March – to go ahead Wednesday on the National Mall.

It also announced it had received a commitment from U.S. Rep. Emmanuel Cleaver, D-Mo., former chairman of the Congressional Black Caucus to speak at the event.

However, the demonstration has drawn little support from better known Muslim groups and will likely be dwarfed by the bikers in the streets.

UPDATE: Cleaver’s office contacted BizPac Review shortly before noon Wednesday to say there was a “miscommunication” with the group and the  congressman had never agreed to speak at the gathering.

It said: “Very big news for Million American March Against Fear, Finally we have our Permit on hand and guess who joined with our march? The United States Congressman Emanuel Cleaver – Chairman of Congressional Black Caucus and will be speaking at the MAMAF – 9/11/13 Event. Thank you Congressman Cleaver, we are so glad to have you with AMPAC and with MAMAF.”

In an email, Cleaver’s office said the congressman had met with AMPAC, but said any idea Cleaver would participate was a “miscommunication.” It said “neither of the Congressman’s schedulers (in DC or in KC) were ever made aware of this event, nor were they asked about the Congressman’s availability for participation.”