A Florida judge on Tuesday will decide whether a 19-year-old woman accused of having a lesbian affair with a schoolmate should go back to jail for using a smuggled cell phone to arrange sexual trysts with the girl – even while her parents and gay activists organized a national campaign on her behalf.

Kaitlyn Hunt, 19, was ordered to stay away from the girl on Feb. 27, after she was arrested on felony charges of having sex with a minor. 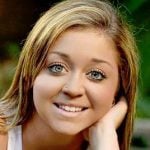 Her case became a cause celebre for gay-rights groups in the spring, especially after she turned down a plea deal that would have given her two years’ house arrest, versus the 15 years in prison she faced.

The story drew attention from the national media. Her parents established a “Free Kate” Facebook page to enlist signatures for a petition to get the charges dropped.

She became an attraction at the June 30 Gay Pride Day parade in New York City. Hunt and her mother, Kelley Hunt Smith, appeared on MSNBC’s “All In” with Chris Hayes on May 22.

And all the while, prosecutors say, Hunt was in contact and having sex with the younger girl.

As recently as Wednesday, according to CBS News, prosecutors offered another deal – 150 hours of community service and two years’ probation if Hunt pleaded guilty. The status of that offer wasn’t clear Saturday.

But according to papers filed with the 19th Circuit Court on Thursday, prosecutors said Hunt left an iPod in the girl’s locker at Sebastian River High School in Indian River County on March 1. That was Hunt’s last day attending the school, and  months after the no-contact order.

“Does anyone know you have that iPod?” Hunt texted the girl at one point, according to court documents. “(B)e careful.”

Prosecutors also said Hunt Smith also used the iPod to reach the girl and asked her to destroy any evidence that Hunt and the girl had been in contact.

“Delete EVERYTHING,” Kelley Hunt texted on March 26, according to prosecutors. “PLEASE delete everything and make sure NO ONE finds out you’ve spoken to Kate at all.”

In their filing, prosecutors said Hunt has violated conditions of her  release, and would likely continue to do so.

“It is apparent from the defendant’s past and present patterns of behavior that she does not care that two circuit judges have ordered her to stay away from the victim,” wrote Assistant State Attorney Christopher E. Taylor.

Justice Robert Pegg will decide on the new twists Tuesday at the Indian River County Courthouse, according to local NBC affilliate WPTV.