The Republican National Committee voted Friday to boycott the liberal lions’ dens of CNN and NBC for coverage of the 2016 GOP primary debates over those networks’ plans to broadcast biographical works about Democrat appointee-in-waiting Hillary Clinton.

According to a Fox News report, the party officials meeting in Boston made the decision unanimously. 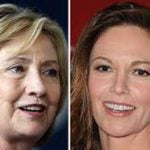 Citing a draft of the resolution obtained before the vote, Fox reported that the RNC described the projects – a miniseries on NBC starring Diane Lane, a documentary on CNN – as “political ads masked as unbiased entertainment.”

Really, any network treatment of a likely presidential candidate is bound to be politically biased, with the party of the politician involved determining whether the treatment was favorable or unfavorable.  And it goes without saying that Hillary Clinton – a liberal icon since before she stood by her philandering man in the 1992 presidential campaign – would amount to a televised hagiography.

And what really do the Republicans lose by finally getting a spine?

Voters didn’t make the 2012 primary debates one of the most-viewed programs of the year because of the network they were on. The candidates were the attraction – and the ideas that were being debated in a way Democrats wouldn’t even attempt.

The days of network dominance over reaching voters are long, long gone. By 2016 they will be even further distant. There’s no need for Republican candidates to humiliate themselves at the hands of the blatantly partisan networks to get to the voters anymore – if there ever was really was.

And it’s about damn time.